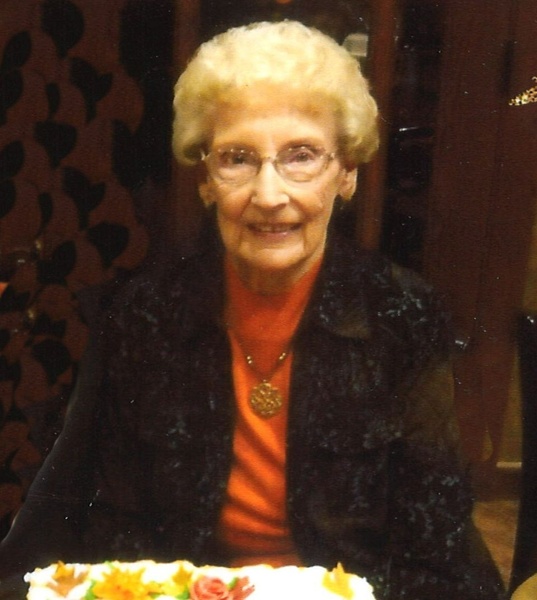 Juanice “Dotty” Evelyn (Schacko) Smith, 97, of Albert Lea, formerly of Alden, passed away on Saturday, May 28, 2022 at Thorne Crest Senior Living of Albert Lea.  A Funeral Service will be held at 11AM on Friday, June 3, 2022 at Bayview/Freeborn Funeral Home of Albert Lea with Rev. Todd Walsh presiding.  Visitation will be two hours prior starting at 9AM.  Burial will be at Alden Cemetery.

Dotty was born on June 16, 1924 to Albert and Julia (Tatge) Schacko in Walters, MN.  Dotty grew up in rural Walters and graduated from Alden High School. Then on October 24, 1946 Daryl and Dotty were united in marriage at St. John’s Lutheran Church in Walters, MN.  The couple settled on a farm outside of Alden to raise their family.  On the farm Dotty took care of her two children and she also helped Daryl with work on the farm.

Dotty was a member of the United Methodist Church in Alden.  She had a wonderful sense of fashion and was employed at Stevenson’s Department Store in Albert Lea for many years.  Dotty had a wedding cake decorating business she owned and operated.

In their later years, Daryl and Dotty spent the winter months in McAllen, Texas.  In retirement, Dotty enjoyed spending time with her family, gardening, and bird watching.

Dotty is preceded in death by her husband, Daryl; parents; and siblings, Norbert Schacko and Ardis Wacholz.

To order memorial trees or send flowers to the family in memory of Juanice "Dotty" Evelyn (Schacko) Smith, please visit our flower store.