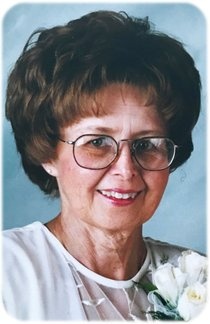 Memorial services for Judith (Judy) A. Lair, age 76, of La Crescent Minnesota, will be held at Bayview/Freeborn Funeral Home in Albert Lea, Minnesota on Thursday, March 16, 2017. Visitation will be from 3:30 â€“ 5:30 pm followed by a memorial service from 5:30 â€“ 6:00 pm.  Pastor Bryan Lair will officiate the service.  All are welcome to join the family for dinner following the service.

Judy was born on July 28, 1940 in Mankato, Minnesota, the daughter of Henry and Lillian (Lien) Wood.  She grew up and attended school in Delavan, Minnesota.  After graduating from Mankato State, Judy worked as an elementary school teacher for several years in the Bloomington, Minnesota schools.  Judy married Bill Lair on June 6, 1970.  For many years, Judyâ€™s main focus was on raising her two children.  When Judyâ€™s children were older, she worked for a number of stores including Jewel, Alton Drugs, and Kohls.  Judy enjoyed music from the 1950s, movies (especially The Buddy Holly Story), crossword puzzles, adult coloring books, and her pet cats.   She also loved spending time with and hearing about her grandchildren.  Among her many talents was her ability to plan events and activities for her children, nieces, and nephews at family get-togethers.    Judy had a wonderful sense of humor, which included playing all kinds of jokes on unsuspecting relatives.

Judy was preceded in death by her parents and brother Henry.

A special thank you Judyâ€™s niece Jenny (Lair) Rommes for taking such wonderful care of Judy.  Memorials can be made in Judyâ€™s name to Mayo Clinic HS Franciscan Healthcare Hospice, https://philanthropy.mayoclinic.org/mchsfranciscanhealthcare
To order memorial trees or send flowers to the family in memory of Judith Ann Lair, please visit our flower store.