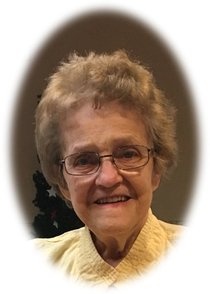 Funeral services for Julie Ann (Gunderson) Wrolson, age 79, of Albert Lea, will be held at 10:30 a.m. on Thursday, September 29, 2016 at Trinity Lutheran Church.  Rev. Eileen Woyen will officiate. Interment will be at Lakewood Cemetery.  Visitation will be 5:00 â€“ 7:00 p.m. on Wednesday, September 28 at Bayview/Freeborn Funeral Home and one hour prior to the service at the church on Thursday.

Julie Ann (Gunderson) Wrolson was born February 8, 1937 in Albert Lea, the daughter of Truman and Gladys (Rasmussen) Gunderson.  She grew up in rural Albert Lea and graduated from Albert Lea High School in 1955.  On October 6, 1956, Julie married George Wrolson at the Evangelical Lutheran Church in Garner, Iowa.  Before settling in Albert Lea, the couple had brief stints in Oregon, Rochester, and La Crescent. Julie worked at Standard Oil, Queens, Scottsman, and Lou-Rich where she retired from at age 70.  She was a member of Trinity Lutheran Church, the Elks, and the Eagles.  Julie enjoyed camping, karaoke with her daughter, traveling, and spending time with her family, especially her grandchildren.

The family would like to thank the staff in Sheltering Arms at St. Johnâ€™s and Julieâ€™s close friends who visited regularly for their love and support.

To order memorial trees or send flowers to the family in memory of Julie Ann Wrolson, please visit our flower store.