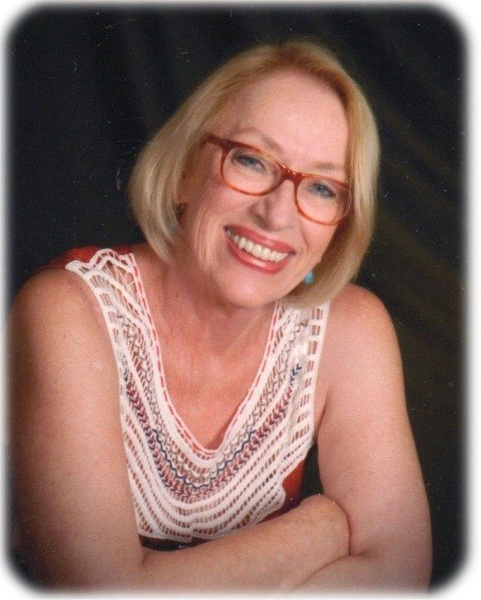 Memorial services for Karen K. Szymanowski, age 73, of Albert Lea, will be held at 10:00 a.m. on Saturday, October 5, 2019 at First Lutheran Church in Albert Lea.  Pastor John Holt will officiate.  Visitation will be from 5:00 – 7:00 p.m. on Friday at First Lutheran Church and one hour prior to the service at the church on Saturday. Online condolences are welcome at www.bayviewfuneral.com.

Karen lost her battle with ALS on October 2, 2019. Karen Kristine Szymanowski was born August 16, 1946, in Mason City, Iowa, the first of Robert and Arline (Eskildsen) Gore’s six children.  She graduated from Albert Lea High School in 1965. Karen met John Paul Szymanowski, an army food inspector from Pennsylvania, while he was stationed here in Albert Lea. On April 22, 1967 they were united in marriage at First Lutheran Church in Albert Lea.  After John’s tour of duty in Vietnam they moved to St. Paul, Minnesota.  In 1974 Karen, John and their two sons moved to Germany where John was stationed for three years before moving back to Carlisle, Pennsylvania. In 1981 they moved to Denmark for three years before moving to Modesto, California where they were living when John retired from the Army. After his retirement they moved back to Karen’s hometown of Albert Lea in 1992. Karen worked in a variety of places doing accounting and office management including Campbell’s Soup Company in California and Gametec in Albert Lea. Karen was an active member of the community. She was involved at First Lutheran Church, including the choir and church council. She was also active with the Albert Lea Community Theater where she at times held the offices of president, treasurer and member of the board, acted in several plays, stage managed others and enjoyed set dressing. Karen enjoyed and excelled at gardening.  She loved traveling, including taking her grandchildren on several trips. She was a great and sometimes creative cook, normally insisting the proper dish or tool for the job was of the utmost importance. She enjoyed and excelled at many things including being able to sew most anything you would want. She was accomplished at knitting, crocheting, calligraphy, was an avid reader and loved her book club. She also expertly decorated numerous cakes for family and friend’s weddings as well as many other celebrations.

Karen was preceded in death by her father, Robert Gore; brothers, Ronald and Randall Gore.

Memorials preferred to St. Jude's or The Salvation Army.

To order memorial trees or send flowers to the family in memory of Karen K. Szymanowski, please visit our flower store.