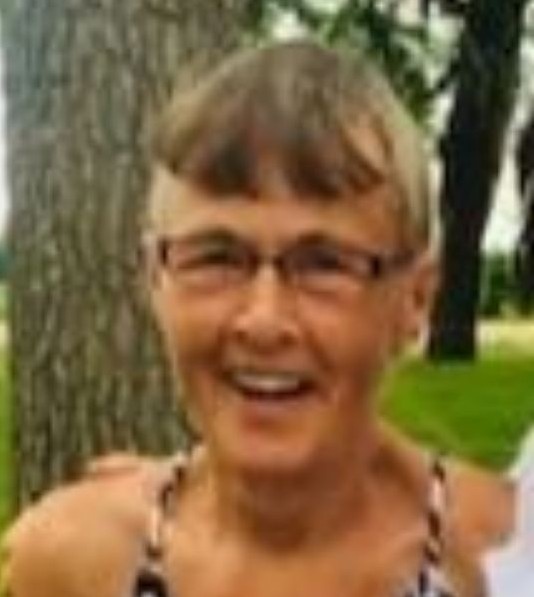 Kathleen M Mielke died on September 14th, 2022. She was comforted by having family surround her in her final days.

Kathy was born October 19th 1945 in Albert Lea, MN to Thomas and Ruth Parry. She graduated Albert Lea High School in 1963. She told many stories of “playing ball” across the street from her home with her 8 siblings and neighborhood children. She married Virgil Mielke on June 8th 1968; they later divorced.

Kathy was known as “the baby whisperer” and owned her own daycare for many years. She often talked about “her kids” and they always brought a smile to her face. Kathy’s true pride and joy were her children and the special relationship she had with her grandchildren. She loved visiting with her nieces and nephews, and often had them over at her house as they were growing up.

Kathy later worked at Minnesota State University-Mankato and retired from there in 2008.

She was always known as a hard worker, someone who always had to be working on a project. She was known as a loyal family member and friend, always being the first to offer help when needed. She was very independent and handy, reading books on projects she wanted to complete so she could complete things herself. She will be remembered fondly as quick witted, always looking for a laugh.

The family would like to thank Birchwood Cottage staff for the friendship, laughs, support and most of all love they provided for Kathy. Also, thanks to New Brighton Hospice for the tender care they provided.

The funeral service will be held on Friday, Sept 23 at 3:00pm at Bayview/Freeborn Funeral Home, with burial immediately following at Graceland Cemetery in Albert Lea, MN.  A visitation will be held one hour prior to the service.  Pastor Dan Kordahl will be officiating.

To order memorial trees or send flowers to the family in memory of Kathleen Mielke, please visit our flower store.