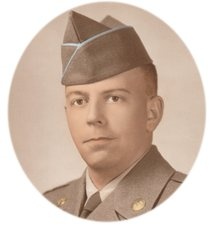 Kenneth J Peterson
Graveside services for Kenneth J. Peterson will be held at 11:00 a.m. Saturday, May 21, 2016 at Clarks Grove Cemetery.  Rev. Kent Otterman will officiate.  Military honors will be accorded by local servicemenâ€™s organizations, VFW and American Legion.
Kenny died Tuesday, May 17, 2016 at Traditions in Owatonna.
Kenneth J. Peterson was born January 24, 1926 in Albert Lea, the son of Alfred and Olga (Johnson) Peterson.  He attended Dist. 5 School before serving his country in the United States Army from 1953 â€“ 1955.  He lived on a farm outside of Clarks Grove where he farmed and worked as a janitor and supply clerk for Federated Insurance for 24 years.  Kenny later moved to a lake home in Roberts Lake in Rice County.  He was a member of the Eagles in Owatonna for 30 years.  Kenny enjoyed collecting antiques, growing flowers and visiting with family and friends.
Survivors include his sisters Garnet (Leroy) Folie and Barbara Peterson.
Kenny was preceded in death by his parents.

To order memorial trees or send flowers to the family in memory of Kenneth Peterson , please visit our flower store.