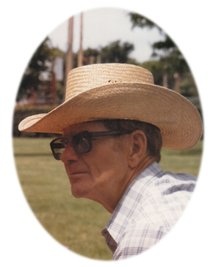 Memorial services for Kenneth Paul Phinney, age 95, of Albert Lea, will be held at 10:00 a.m. on Saturday, November 5, 2016 at First Presbyterian Church.  Rev. Dwight Netzer will officiate. Military Honors will be accorded by the V.F.W. and American Legion Honor Guard. Friends may greet the family one hour prior to the service at the church.

Kenneth P. Phinney was born on the family farm in southwest Beadle County, South Dakota on October 12, 1921.  He attended country school through eighth grade and then graduated from Letcher High School in 1940.  Ken worked for two years in his Uncle Frankâ€™s grocery store.  He served in the Navy Reserve from September 1942 to November 1945.  On January 30, 1943, Ken married his childhood love, Shirley Comstock, in Auburn, Alabama.  After returning from the service, Ken was a meat cutter for 12 years in South Dakota and Minnesota.  He then was a letter carrier in Albert Lea, MN from 1962 until he retired in 1984.  Upon retirement, Ken moved to Custer, SD where he worked part-time as a handyman.  He was involved in his churches and the Lions Club International.  In 2001, Ken moved to Rapid City, SD due to health issues.  He then moved to Albert Lea, MN in 2009 to an assisted living facility and to be closer to family.

To order memorial trees or send flowers to the family in memory of Kenneth Paul Phinney , please visit our flower store.