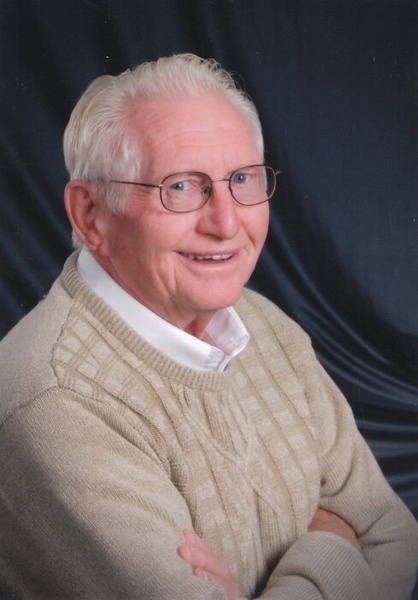 Kenny was born on June 10, 1929 in Elma, IA to Homer Adam and Myrtle Cora (Diestler) Schroeder. He grew up in the Elma area and attended school in Elma. After school he worked on the family farm and drove truck. In 1951 he joined the United States Army and served in The Korean War. He was awarded the Combat Infantry Badge, UN Service Medal, Korean Service Medal, and the Purple Heart, and was honorably discharged in 1953. Following his service, Kenny went to work for Interstate Power Company as a lineman for 38 years. On February 18, 1954 Ken was united in marriage to Doris Marie Conway in Elma until her death in 1995. On November 15, 1997 Ken was united in marriage to Barbara Anderson Schultz at Hayward Lutheran Church.

Kenny was a lifelong member of the Catholic Order of Foresters, Disabled American Veterans, Cooties, Korean Veterans, VFW, and Knights of Columbus. He enjoyed gardening, woodworking, going for motorcycle rides, and volunteering his time driving the DAV van for 20 years. Most of all, Ken loved to travel and spend time with his family and friends.

In lieu of flowers, memorials are preferred to Disabled American Veterans.

To order memorial trees or send flowers to the family in memory of Kenneth Loren Schroeder, please visit our flower store.