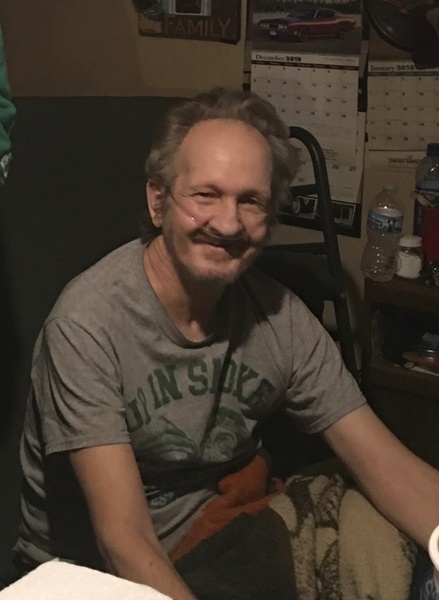 Funeral Service for Kent Flatness will be held at 11am on Monday (1/20) at Bayview Freeborn Funeral Home, 1415 N Hwy 13, Albert Lea. Rev. Don Malinsky will officiate. Burial will be in Hillcrest Memorial Gardens. Visitation will be 1 hour prior to the service at the funeral home on Monday. Online condolences are welcome at www.bayviewfuneral.com.

Kent was born on March 13, 1958. He was the son of Glenn and Arlene (Burkart) Flatness. He attended Alden Highschool. He worked at Winnebago and drove taxi. His passion was working on old cars, one in particular was his 1964 Chevy Impala early on.

He enjoyed spending time with his two sons and his two granddaughters when he could. He loved watching his son Brady competing in Demolition Derbys. He spent 27 years with his best friend Alzada and enjoyed relaxing with his dog Willie and cat Lucky.

He was preceded in death by his son Brady; mother Arlene; and brothers Dean, Wayne, Jerry and Lynn.

To order memorial trees or send flowers to the family in memory of Kent Richard Flatness, please visit our flower store.