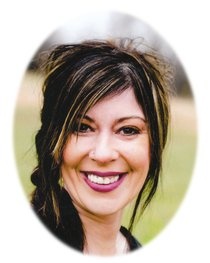 Kristin Lee
Memorial services for Kristin Lee, age 38, of Mason City, will be held at 2:00 pm on Monday, May 23, 2016 at East Freeborn Lutheran Church. The Rev. Matt Griggs will officiate. Interment will be in the Geneva Cemetery. Friends may greet the family from 3 â€“ 6:00 pm, Sunday, May 22, 2016 at Bayview/Freeborn Funeral Home, and one hour prior to the service at the church on Monday.
Kristin died on Monday, May 16, 2016 in Ft. Meyers, Florida as the result of an automobile accident.
Kristin Rae Lee was born on October 21, 1977 in Albert Lea, the daughter of Debra Hanson and Craig Knudtson. She was baptized and confirmed at East Freeborn Lutheran Church. She attended grade school in Glenville and graduated from Albert Lea High School in 1996. After high school she graduated from Hamilton College in Mason City with a Paralegal Degree.  She was united in marriage to Dan Lee in Fertile, IA. They later divorced. Kristin had several jobs throughout her life but most recently she was helping remodel homes and bartending at Haroldâ€™s. She enjoyed league bowling, decorating her house, participating in color dashes, and shopping. Most of all she loved the time spent with her nieces and nephews and sister Ashlyn.
Survivors include her parents Debra (Tom Beenken) Nasby and Craig (Theresa) Knudtson; siblings Jeffrey (Andrea Rodberg) Knudtson and Ashlyn (Brandon) Harmdierks; former step-father Warren Nasby and his children Shane, Stacey, and Seth; nieces and nephews Alax, Kali, Paige, Deakon, Adilyn, Courtney, Carter, Chaise; grandparents Donald Hanson and Donna Cochran; special friend Austin Perkins, former husband Dan Lee, aunts and uncles Eugene Knudtson, Elaine Bohlen, Gary Knudtson, Kathy Hanson, Terri Olson, Kelly Jongbloedt, Tracey Hanson, Troy Hanson, and many cousins and friends.
Kristin was preceded in death by her sister Gabrielle Johnson and her grandparents Max and Millie Knudtson.

To order memorial trees or send flowers to the family in memory of Kristin Rae Lee, please visit our flower store.