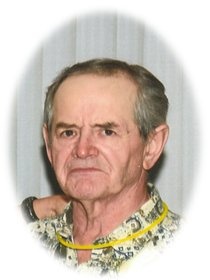 Larry passed away Sunday, October 9, 2016 at Homestead Hospice in Owatonna.

Larry G. Bluhm was born July 10, 1945 in Waseca, Minnesota, the son of Martin and Dorothy (Young) Bluhm.  He grew up in Waldorf, Minnesota, graduating from high school there.  On August 22, 1965, Larry was united in marriage to Rebecca Ann Bakken at First Lutheran Church in Alden.  He worked as a welder with Corchran, Inc. in Waseca.  Larry was a member of Trinity Lutheran Church, the Fraternal Order of Eagles Aerie 2258, and American Legion Post 56.  He enjoyed spending time with family, watching the Vikings and the Twins, and following the Decorah Eagles from the time the first eggs are laid until the eaglets fledge.  He also liked going to flea markets, traveling to historical sites and train museums, and watching Bob Rossâ€™ Joy of Painting.

To order memorial trees or send flowers to the family in memory of Larry Gene Bluhm, please visit our flower store.