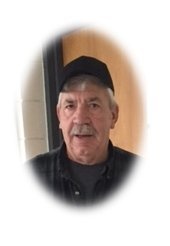 A gathering of family and friends for Larry B. Mook, age 68, of Albert Lea, will be held from 5:00 â€“ 7:00 p.m. on Thursday, August 25, 2016 at Bayview/Freeborn Funeral Home.  Burial will be at 10:30 a.m., Friday, August 26 at Hillcrest Cemetery.  Military Honors will be accorded by the V.F.W. and American Legion Honor Guard. Lunch will be served at Bayview. Online condolences are welcome at www.bayviewfuneral.com.

Larry died Tuesday, August 23, 2016 at his home surrounded by his family.

Larry B. Mook was born on January 13, 1948 in Hannibal, Missouri, the son of Robert and Gladys Luella (Butler) Mook. He grew up and attended school in Hannibal. On March 11, 1967, Larry married Patricia Shinn. Larry served in the US Army in Vietnam. He retired from Dulas Excavating as a Heavy Equipment Operator.  He was a member of the Wells V.F.W. and enjoyed fishing, gardening and camping.

To order memorial trees or send flowers to the family in memory of Larry Ben Mook, please visit our flower store.