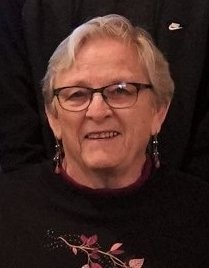 Laura was born on August 15, 1932 to Edward and Lucy (DeRaad) Wynia.  She grew up in Hollandale attending grade school in Hollandale and graduating from Albert Lea High School in 1950.  She married Henry Brouwers June 30, 1954 at Hollandale Reformed parsonage.  Together they raised their four children in Hollandale.  In 1997 Laura and Henry moved to Albert Lea and started wintering in Texas.

Laura was an active member of Hollandale Reformed Church and enjoyed spending time with her family and friends.

She was preceded in death by her husband Henry, parents and sisters Dorothy and Elsie.

A private service and burial will be held at a later date.

Condolences and notes of sympathy may be sent in care of the Brouwers Family to: Bayview Freeborn Funeral Home 1415 Hwy 13 N Albert Lea, MN 56007

To order memorial trees or send flowers to the family in memory of Laura Ellen Brouwers, please visit our flower store.