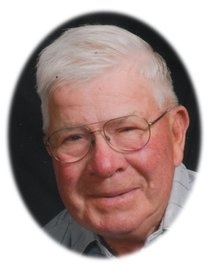 Memorial services for LaVerne Martin, age 80, of Albert Lea, will be held at 2:00 p.m., Wednesday, June 8, 2016 at First Lutheran Church. The Rev. John Holt will officiate. Interment will be at Hillcrest Cemetery with military honors accorded by the American Legion and VFW Honor Guard. Visitation will be one hour prior to the service at the church. Bayview/Freeborn Funeral Home is assisting the family.
LaVerne died on Friday, June 3, 2016 at the Albert Lea Good Samaritan Center.
LaVerne Martin was born on May 25, 1936 in Dexter, MN, the son of Judene and Mabel (Salisbury) Martin. He grew up in rural Albert Lea and graduated from Albert Lea High School in 1954. LaVerne served his country in the Minnesota Army National Guard for six years. LaVerne â€œMartyâ€ was a member of First Lutheran Church, a past member of the Albert Lea FFA, and the Albert Lea Technical School Farm Management, Lamb and Wool Programs. He showed and volunteered for the National Lamb and Wool Show for over 25 years. Marty was National Lamb and Wool Test Station Manager for ten years. He was a past member of the Southeast Sheep Producers, the American Dairy Association, and the Freeborn County Pork Producers. After he sold the dairy cattle, LaVerne began working at the Freeborn County Fairgrounds part-time. On June 9, 1984 LaVerne was united in marriage to Cindy Grass in Faribault. Marty enjoyed gardening and showing Suffolk Sheep at county fairs and the Minnesota State Fair.
Survivors include his wife Cindy, aunt Angeline Overland, father-in-law Jim Grass, brothers and sisters-in-law Buz (Cea) Grass, Julie Grass, Kim Glover, and Pete Grass; nephew Jake (Lindsay) Grass and their children Madeline, Kaylee, and Jeremiah; niece Mandi (Andy) Resler and their children Blake and Creedence, and many cousins.
LaVerne was preceded in death by his parents Judene â€œJudâ€ and Mabel Martin, mother-in-law Erliss Grass, and several aunts, uncles, and cousins.

To order memorial trees or send flowers to the family in memory of LaVern "Marty" Martin, please visit our flower store.