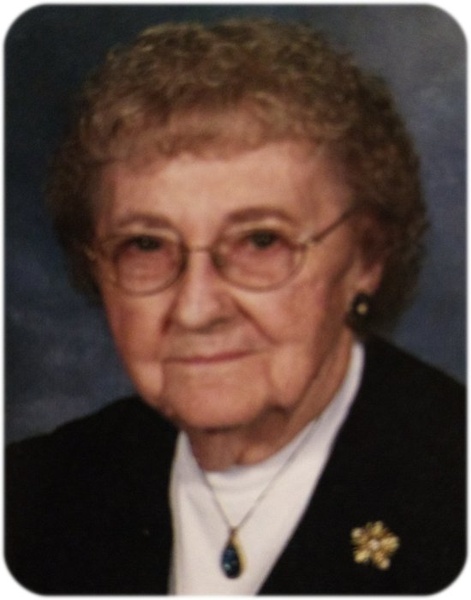 Memorial services for Laverna Greenfield, age 95, of Albert Lea, will be held at 11:00 a.m. on Saturday, February 9, 2019 at Mansfield Lutheran Church.  Pastor Don Rose will officiate. Interment will be at Mansfield Cemetery at a later date. Friends may greet the family one hour prior to the service at the church. Online condolences are welcome at www.bayviewfuneral.com.

Laverna Greenfield was born on August 22, 1923 in Walters, Minnesota, the daughter of Albert and Ada (Akemann) Yost. She grew up in rural Walters and attended Hintz School – District 118.  On June 10, 1947, she was united in marriage to Lyle Greenfield in Mansfield.  She was a member of Mansfield Lutheran Church where she had been active in the circle.  Laverna’s favorite pastime was baking.

To order memorial trees or send flowers to the family in memory of Laverna Greenfield, please visit our flower store.