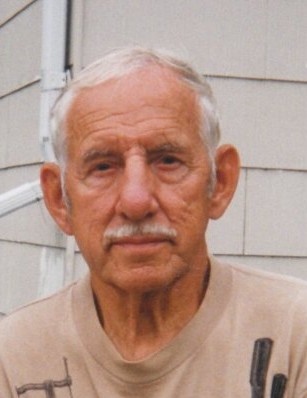 Lewis Joseph Grund, 96, of Northwood, IA passed away on February 7, 2021 at St. Johns Lutheran Home in Albert Lea, Minnesota. Services for Lewis will be held at a later date.

Lewis was born on September 15, 1924 to Joseph and Fransiska Grund. On April 11, 1953 he married Ann Hangge. Lewis grew up on a farm in the Ware Iowa area and graduated from Ware Iowa High School in 1943. He served in the Army Air Force during WWII as an aerial engineer which gave him a lifetime interest in flying. He received his private pilots license and aircraft and engine license shortly after WWII. He owned two airplanes and also built one on his own. Lewis worked for Gleaner Harvester in Independence, Missouri until he started farming in the late 1940s. He moved to a farm near Emmons, Minnesota in 1952 and farmed full-time until 1972 when he became employed at Deluxe (later Fleetguard) in Lake Mills, Iowa while also farming part-time. Lewis retired from farming and Fleetguard in 1988.

Lewis was very good at mechanical work and did most of the repairs on his farm machinery himself. He was also very active in his church. He received the Bishop’s award from the diocese of Winona.

Lewis was preceded in death by his wife, Ann; parents; brothers, Melvin and Bill; and sister, Dorothy Meister.

His family wishes to thank the staff at St. Johns Lutheran Home and St. Croix Hospice for their helpful care and support during Lewie’s last days.

To order memorial trees or send flowers to the family in memory of Lewis Joseph Grund, please visit our flower store.

Services to be held at a later date