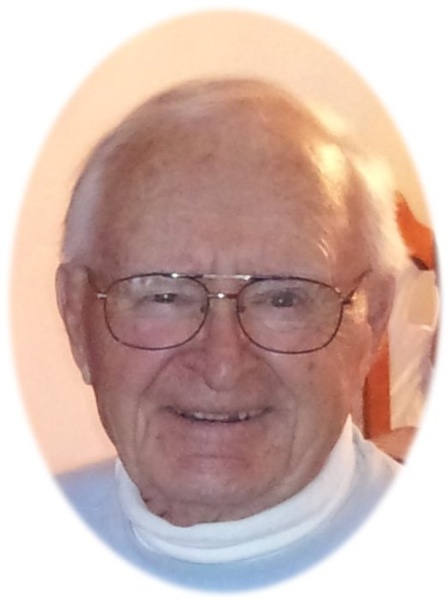 Lloyd Edward Ball, beloved husband, father, grandfather, and great-grandfather passed away March 26, 2017 at the age of 91 of lung cancer.  Lloyd was born January 27, 1926 in Albert Lea, Minnesota.  He attended Albert Lea High School and Hamilton Business College.  Lloyd was a WWII Navy Veteran.  He married Betty Olson in August of 1948. Lloyd’s business career included National Cooperatives of Albert Lea and Cenex of St. Paul.  He was an avid golfer and enjoyed playing at Green Lea until the age of 90!  Lloyd was devoted to his family and defined the values of the “Greatest Generation.”

A service to celebrate Lloyd’s life will be held at Bayview/Freeborn Funeral Home Chapel in Albert Lea on Saturday, April 8, 2017 at 2:00 p.m. Rev. Sean Forde will officiate.  Friends may greet the family one hour prior to the service.  Military Honors will be accorded by area servicemen’s organizations. .

The family respectfully requests no memorials.

To order memorial trees or send flowers to the family in memory of Lloyd E Ball, please visit our flower store.