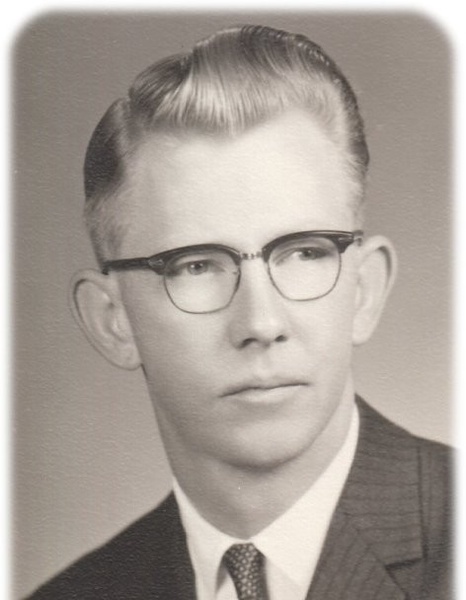 Memorial services for Luther M. Ylvisaker, age 87, of Rochester, Minnesota, will be held at 11:00 a.m. on Monday, November 27, 2017 at Zion Lutheran Church in Albert Lea, Minnesota.  Rev. Robert Stohlmann will officiate. Friends may greet the family one hour prior to the service at the church. A private family interment will be at the Minnesota State Veterans Cemetery in Preston, Minnesota prior to the service with Military Honors accorded by the State Cemetery.

Luther went to his heavenly home on Wednesday, November 15, 2017 at the Rochester Rehabilitation and Living Center.

Luther M. Ylvisaker was born September 12, 1930 in Winnebago County, Iowa, the son of Rev. Paul and Bergitte (Broin) Ylvisaker.  He was baptized at Thompson Lutheran Church in Thompson, Iowa as an infant by his father.  He moved with his family to Freeborn County and he received his elementary education in Albert Lea and Hartland.  He was confirmed at Hartland Synod Lutheran Church, Hartland, Minnesota by the Rev. Ylvisaker.  Luther graduated from Bethany High School in Mankato.  He graduated with an Associate of Arts from Bethany Lutheran College and continued his education at Mankato State University.  Luther was drafted into the Army and proudly served in the Korean Conflict.  After his honorable discharge as a Sgt. First Class from active duty, he was a member of the Army Reserves.  On June 12, 1960, Luther married Margaret A. Haug at North Prairie Lutheran Church near Lanesboro, Minnesota and they made their home in Albert Lea where they raised their four children.  Together, they owned and operated L&M Oil Company and later Luther was a motorcoach driver.  Luther was an active member of Zion Lutheran Church where he served as an usher and an elder.  He was also a member of the American Legion with over 60 years of continuous membership.

To order memorial trees or send flowers to the family in memory of Luther M. Ylvisaker, please visit our flower store.