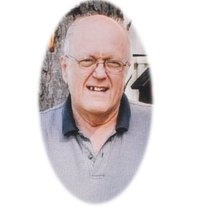 A gathering of family and friends for Luvern Jensen, age 78, of Albert Lea, will be held from 1:00 â€“ 3:00 p.m. on Saturday, July 9, 2016 at Bayview Freeborn Funeral Home.  Online condolences are welcome at www.bayviewfuneral.com.

Luvern C. Jensen was born July 6, 1938 in Albert Lea, the son of Nels and Thornie (Sorbo) Jensen.  He graduated from Albert Lea High School and worked at Streaterâ€™s for 34 years.  Luvern owned and operated Nellieâ€™s Card Shop.  He was always collecting most anything to use or sell.  He enjoyed going to the Knights of Columbus, was a member of the Eagles, and provided Ride Services for many years.  He was an avid Vikings Fan.

Luvern is survived by his children, Mitch (Donna) Jensen, Matt (Sandy) Jensen, Deb (Ron Sickels) Lestrud, and Bill Jensen, all of Albert Lea; many grandchildren and great-grandchildren; sister, Marie Hanson; and many nieces, nephews, and cousins.

To order memorial trees or send flowers to the family in memory of Luvern Clair Jensen, please visit our flower store.