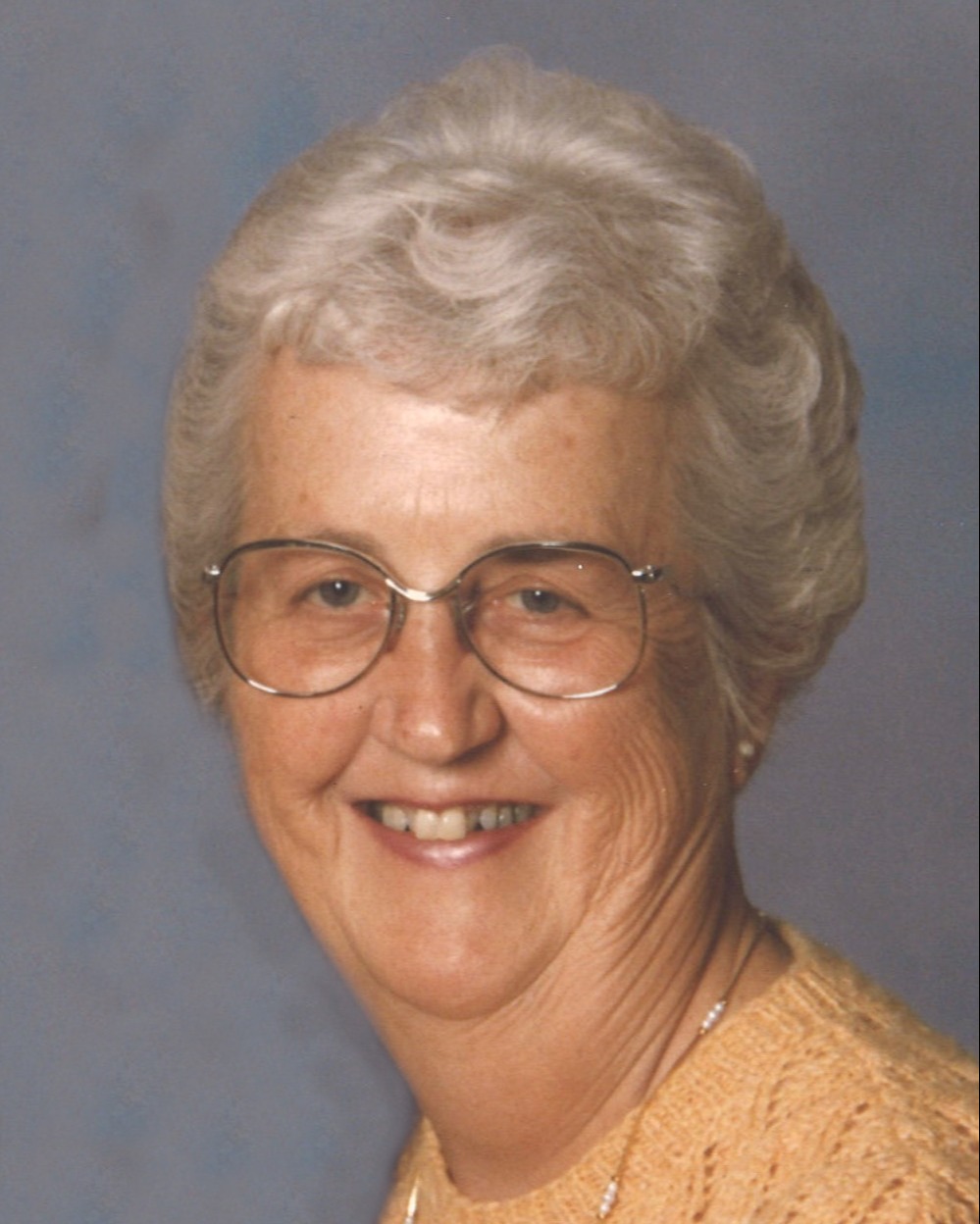 Marcella Arline Minear died peacefully Friday, January 20, 2023, at Good Samaritan Society in Albert Lea, Minnesota, at the age of 100. A memorial service will be held at 1 PM on Monday, January 30 at Bayview Freeborn Funeral Home with visitation beginning at 11:30 AM. Burial will be at Greenwood Cemetery in Glenville in the Spring. Marcella was born August 28, 1922, to Nels Peter and Mabel Dorothy (Christensen) Petersen at home in Albert Lea, the third of six children. She attended school and graduated from Albert Lea High School in 1940. She volunteered to be secretary for her high school class reunions; they continued to convene until they were well into their 80s. Marcella was a member of Calvary Baptist Church (Bridge Community Church) most of her life and served as Sunday school secretary. Several years ago she joined Glenville United Methodist Church where she volunteered as church secretary.

During WW II, Marcella moved to West Virginia with her father, where he contributed to the war effort by working in a tire factory. She lived with her sister and brother-in-law, Dorothy and Lloyd, and worked at Sears Roebuck Co. While there, she married Harold Sizer and they moved to Albert Lea where a daughter, Marline, was born. They later divorced. In 1954 she married James Albert Minear in a tiny church that seats eight people located on the outskirts of Austin. It is now at the Austin fairgrounds. Jim and Marcella moved to Twin Lakes where daughters Nadine and Jaymee were born. Nadine died at the age of 7 months. Always a hard worker, Marcella worked as a night kitchen helper at Naeve Hospital, and a waitress at restaurants; she was a sewing machine operator at Munsingwear, Inc. in Albert Lea and a factory worker at Deluxe Products, Inc. in Lake Mills, Iowa. She worked in the office at Wilson & Co. until she became pregnant, where, according to widespread mandatory policies in the 1950s, women were laid off when they became pregnant. She worked as leave replacement and then as acting postmaster in the Twin Lakes Post Office until she was commissioned as Postmaster in 1964, a position she held until she retired in 1986. She thoroughly enjoyed meeting people and talking to those who came daily to get their mail, buy stamps, or mail letter/packages.

Marcella was an excellent seamstress. She sewed for others but mainly for herself, her daughters and her grandchildren - winter coats, snowpants, school clothes, dresses for Christmas, baptism, formals, and weddings, and she made quilts. She even made a suit for Jim. There wasn’t much she couldn’t sew. She loved to work in her garden, create ceramics, and sew counted cross stitch on fabric and on plastic canvas. Marcella was an enthusiastic bowler and was a member of an Albert Lea team that took the women’s state bowling championship in the 1980s. In 1992 she qualified and bowled in the National Seniors Tournament in Texas. She enjoyed traveling and flew four times each to Hawaii and to Denmark to visit relatives. She and Jim enjoyed many bus trips with people from the area which were organized by Sharon Johnson. She undertook lengthy, difficult genealogy research before the internet was invented and shared her findings with interested relatives.

She loved music and sang beautiful alto harmony. Her accordion was a used one that had been part of the Whoopee John Band. She played it for her family and for her own enjoyment. The Albert Lea Historical Society now owns the accordion.

To order memorial trees or send flowers to the family in memory of Marcella Minear, please visit our flower store.