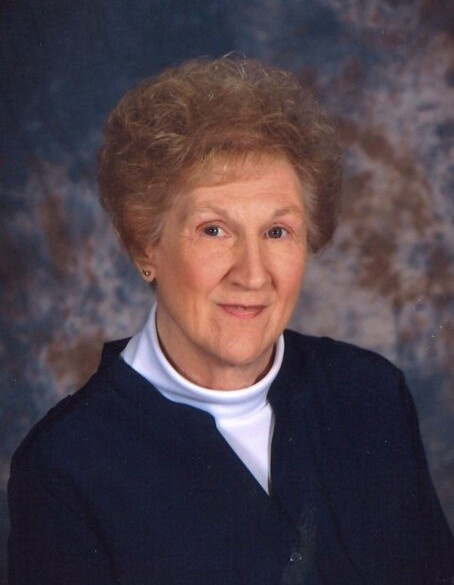 Marcia Marie Larson (Trost), 81, of Albert Lea, passed away on Saturday, September 5, 2020 at Good Samaritan Society of Albert Lea.  A Funeral Service will be held at 11AM on Thursday, September 10 at Round Prairie Lutheran Church of Glenville, MN with Reverend Kent Otterman presiding.  Visitation will be from 5-7PM on Wednesday, September 9 at Bayview/Freeborn Funeral Home and one hour prior to the service at the church.  Interment will take place immediately following the service at Round Prairie Cemetery.

Marcia was born on April 10, 1939 in Fort Dodge, Iowa to parents Leonard and Bernita Trost.  She graduated from Glenville high school in 1957.  Marcia and Robert Larson were united in marriage on November 14, 1958 at Bethlehem Lutheran Church in Myrtle, MN.  After moving from the Fort Dodge area in 1956 to Glenville she became a lifelong resident of Freeborn County.  Marcia worked for Freeborn County as a Deputy Auditor-Treasurer until her retirement in 2004.

Marcia was a member of the Round Prairie Lutheran Church.  She served as treasurer for the church for many years and worked with women’s groups of the church.  Marcia also served as a leader of the Freeman 4-H Club.  Marcia loved her family and spending time with them.  Marcia loved attending Bob’s softball games.  As her grandchildren began to participate in activities and sports she enjoyed attending their activities.

She is preceded in death by her husband, Robert; parents; brother, Donald Trost; sister-in-law, Patricia and her husband, Bud Hagen; brother-in-law, Darryl Shaw.

To order memorial trees or send flowers to the family in memory of Marcia Marie Larson, please visit our flower store.