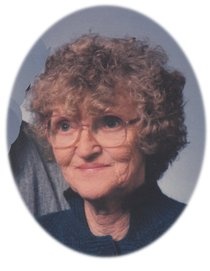 Memorial services for Margaret Schmitt, age 83, of Emmons, will be held at 2:00 p.m. on Friday, July 22, 2016 at the United Methodist Church in Albert Lea.  Rev. Joyce Shaman will officiate.  Friends may greet the family one hour prior to the service at the church on Friday.

Margaret Schmitt was born August 16, 1932 on the family farm in rural Freeborn County, the daughter of Lewis and Vedie (Johnson) Aanrud.  On February 4, 1950, Margaret married Donald Schmitt. The couple made their home near Bear Lake.  She stayed home raising their six children and helping Donald on the farm.  Margaret was a member at the United Methodist Church and the Emmons Legion Auxiliary.  She enjoyed feeding and watching birds, reading, and most of all spending time with family.

To order memorial trees or send flowers to the family in memory of Margaret Schmitt, please visit our flower store.