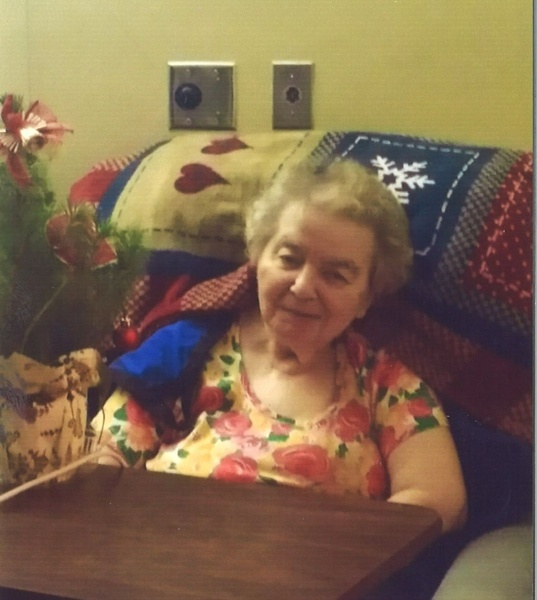 Marilyn Elizabeth (Zerck) Johnson, 84, of Albert Lea, passed away on Tuesday, March 8, 2022 at St. John’s Woodlands in Albert Lea,  A Funeral Service will be held at 11AM on Friday, March 11, 2022 at Bayview/Freeborn Funeral Home with Rev. Don Malinsky presiding.  Visitation will be one hour prior to the service.  Burial will be at Hillcrest Cemetery.  Online condolences may be left at www.bayviewfuneral.com.

Marilyn was born on June 15, 1937 to Lawrence and Ada (Ball) Zerck in Osage, Iowa.  She attended country school via phone from home because of her disability.  Marilyn took care of the home, raising her brother, cooking and cleaning while her mom was working.

Marilyn enjoyed embroidery, quilting, sewing, and putting together puzzles in her free time.  She also enjoyed cooking and baking.  Marilyn would visit her brother and sister-in-law and bring cinnamon rolls to enjoy together.  She loved spending time with her nieces and nephews.

In her later years, Marilyn met Ronald Johnson and the two were united in marriage on June 24, 2000 at Calvary Baptist Church in Albert Lea,  The couple loved to go out to Dairy Queen for ice cream, The two had a happy life together until Ronald’s passing in 2003.

To order memorial trees or send flowers to the family in memory of Marilyn Elizabeth (Zerck) Johnson, please visit our flower store.