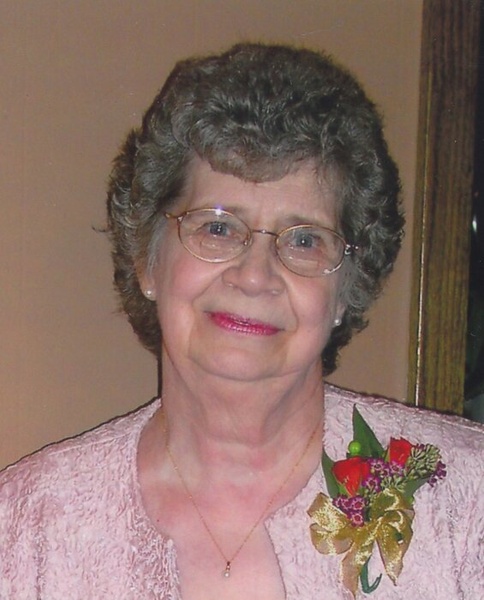 Funeral Service for Marilyn Light will be held at 11:00 AM on Thursday (8/6) at Bayview Freeborn Funeral Home. Rev. Don Malinsky will officiate. Burial will be in North Freeborn Cemetery. Visitation will start at 9:30 AM on Thursday. Online condolences are welcome at www.bayviewfuneral.com.

Marilyn Light (Baker) was born on February 21, 1932 to Irvin and Ina (Reierson) Baker. She grew up in several different places in rural Freeborn County. She graduated from Albert Lea High School in 1950 and married Roger Light on September 15, 1950 in Sioux Falls, SD. Together they raised their family in rural Hartland. Marilyn was a homemaker until JC Penny’s opened  in the Skyline Mall in  Albert Lea in 1966. She worked part time there and at Spurgeons until Spurgeons closed. Marilyn was a member of North Freeborn Lutheran church where she was active in the Ladies Aid. She was also active in Mother’s Club and a 4-H Leader.

Marilyn was a gifted seamstress; she made much of her daughters' clothing when they were young. Once they were grown she moved onto Barbie clothes, kitchen towels, and other various craft projects.. She enjoyed baking, playing cards and other games with her grandkids. Marilyn also loved to tend to her flowers, feed the birds, and watch the sunsets. Most of all she loved to spend time with her family and talking on the phone with her friends.

In lieu of flowers, memorial preferred to North Freeborn Lutheran Cemetery Association, Freeborn County Humane Society, or Peace and Power at First Lutheran Church in Albert Lea. The family would like to express a special thank you to the staff of St. John’s Woodlands Second floor and Mayo Clinic Hospice.

To order memorial trees or send flowers to the family in memory of Marilyn J Light, please visit our flower store.