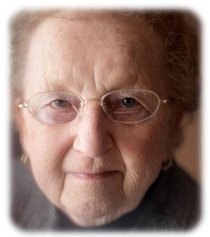 Memorial services for Marilyn Loshman, age 84, of Albert Lea, will be held at 11:00 a.m. on Monday, January 30, 2017 at Bayview/Freeborn Funeral Home.  Rev. Sean Forde will officiate. Interment will be at Lunder Lutheran Cemetery at a later date.  Friends may greet the family one hour prior to the service at the Funeral Home on Monday.

Marilyn Loshman was born August 5, 1932 in Albert Lea, the daughter of Levander and Myrtle (Narveson) Johnson.  She grew up in Albert Lea, graduating from Albert Lea High School in 1950. Marilyn worked at the Albert Lea Tribune for one year before going to Iowa State Teacherâ€™s College, graduating in 1954.  ISTC is where Marilyn met Gary Loshman.  They were married on August 8, 1954 at First Lutheran Church.  They moved to a small town in Iowa where she held a teaching position before she had children.  She was a member of First Lutheran Church and the Sons of Norway.  She loved to read, do handiwork, and paint Garyâ€™s woodwork.  The couple especially enjoyed traveling.

Marilyn is survived by her children, Cathy (Terry) Meadows and Bryce (Linda Plum) Loshman; and several nieces and nephews.

Marilyn was preceded in death by her parents; husband, Gary; and brother, Rodney (Naomi) Johnson.

To order memorial trees or send flowers to the family in memory of Marilyn R Loshman , please visit our flower store.