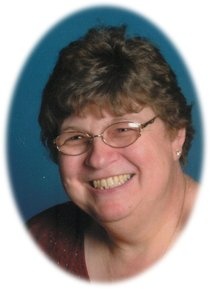 Funeral services for Mary (Nyenhuis) Christopherson, age 61, of Albert Lea, will be held at 11:00 a.m. on Tuesday, November 15, 2016 at Bayview/Freeborn Funeral Home.  Rev. Matt Hundley will officiate. Interment will be at the Bohemian National Cemetery.  Visitation will be 4:00 â€“ 7:00 p.m. on Monday, November 14, 2016 at Bayview/Freeborn Funeral Home and one hour prior to the service at the funeral home on Tuesday.

Mary (Nyenhuis) Christopherson was born July 10, 1955 in Albert Lea, the daughter of Henry and Georgia (Kermes) Nyenhuis.  She grew up in Hayward and graduated from Albert Lea High School.  On September 14, 1974, she was united in marriage to Oscar Christopherson. Mary worked as a nurseâ€™s assistant since 1973.  She worked at St. Johnâ€™s, cared for patients at their homes, and retired from the Lake Mills Care Center.  Mary enjoyed cross stitch, garage sales, bible study, and spending time with family and friends.

Mary was preceded in death by her parents, Georgia and Henry Nyenhuis; in-laws, Ruth and Gerhard Haugrud, and Clair Christopherson; and son-in-law, TJ Hedeen.

To order memorial trees or send flowers to the family in memory of Mary H Christopherson , please visit our flower store.