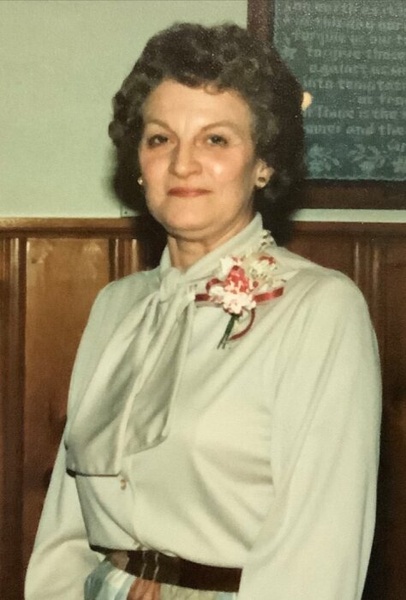 Private Memorial Service for Mary Thompson, age 88 of Albert Lea, will be held on Thursday (6/25) at Salem Lutheran Church. Rev. Erica Cunningham will officiate. Burial will be in Lakewood Cemetery. Memorials may be sent to Bayview Freeborn Funeral Home where they will be forwarded on to the family. Online condolences are welcome at www.bayviewfuneral.com.

Mary L. (Katzung) Thompson of Albert Lea passed away peacefully on June 20th. Mary was born on March 12, 1932 in Kiester, Minnesota to Barney Louis and Maletta Elizabeth (Hintz) Katzung. She grew up in Albert Lea where she attended and graduated from Albert Lea High School. She moved to Minneapolis, Minnesota and worked at DuPont Auto Paint.

Mary was united in marriage to Paul D. Thompson on May 24, 1953 at Salem Lutheran Church in Albert Lea. Mary resided in Albert Lea with her husband Paul and raised three sons. She worked at the library and the cafeteria at Hawthorne Elementary School in Albert Lea. She was very active at Salem Lutheran Church where she served on the Wedding Committee for 27 years. Mary enjoyed visiting her Grandchildren, reading, crocheting, “Sew and Tell” at church, and vacations at Anglers Beach at Cass Lake, Minnesota.

To order memorial trees or send flowers to the family in memory of Mary Lou Thompson, please visit our flower store.