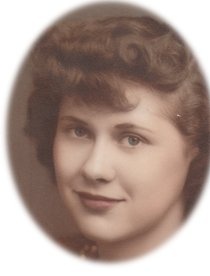 Memorial services for Maxine Lavonne Savick, age 88, of Albert Lea, will be held at 2:00 p.m. on Thursday, June 30, 2016 at Bayview/Freeborn Funeral Home.  Rev. Todd Walsh will officiate. Interment will be at Freeborn Cemetery at a later date.  Friends may greet the family one hour prior to the service at the funeral home. Online condolences are welcome at www.bayviewfuneral.com.

Maxine Lavonne Savick was born on June 7, 1928, the daughter of Millard and Bernice (Monson) Haukoos of Walters.  She was baptized and confirmed at Faith Lutheran Church in Walters.  She attended school in Walters.  Maxine married Alvin O. Savick and had six children.  She worked at Koettkeâ€™s Grocery Store in Walters and St. Johnâ€™s Nursing Home in Albert Lea.  She enjoyed flower and vegetable gardening along with canning fruits and vegetables.  Some of her favorite times were watching wildlife when she lived in the country.

In lieu of flowers, memorials are preferred to Mayo Clinic Health Systems Hospice or donorâ€™s choice.

To order memorial trees or send flowers to the family in memory of Maxine LaVonne Savick, please visit our flower store.