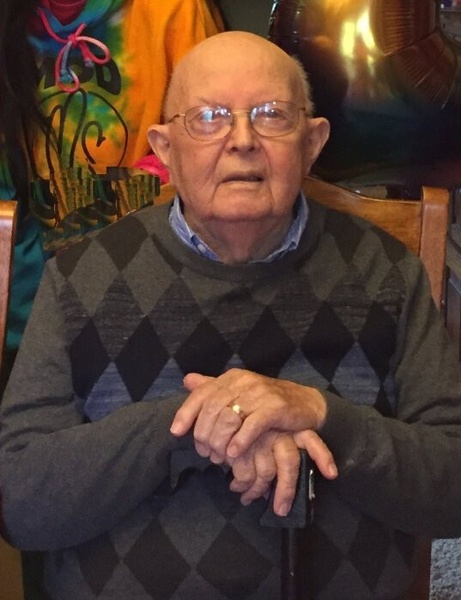 Maynard Loren Bidne, 90, of Emmons, MN, passed away peacefully on Friday, November 27 at Thorne Crest Senior Living Community.  An online Memorial Service will be held at 1PM on Thursday, December 3 from Emmons Lutheran Church with Pastor Ryan Henkel presiding.  You will be able to watch the livestream of the Memorial Service from the Emmons Lutheran Church Facebook page.  Burial will follow the service at Lime Creek Cemetery.

Maynard was born on January 25, 1930 in Emmons, MN to Oscar and Esther (Rogness) Bidne.  He attended grade school in rural Emmons and went on to graduate from Emmons high school in 1948.  He was married to Beverly Honsey on January 1, 1950 in Lime Creek Lutheran Church rural Emmons and to this union five children were born; Virgil, Diane, Linda, Pat and Jan.

Maynard worked in farming and Nelson Silo and Dairy, taught at Hutchinson Vocational Technical School, Silo Matic Sales and Service.  He enjoyed woodworking, fishing, and traveling.  His family and his faith were his pride and joy.

Maynard’s passing will leave a big void in the lives of his children, grandchildren, and great grandchildren.  They are honored to have shared this life with him.

He was preceded in death by his wife of 70 years, Beverly (Honsey) Bidne, parents, and one grandchild Alison Bidne.

To order memorial trees or send flowers to the family in memory of Maynard Loren Bidne, please visit our flower store.