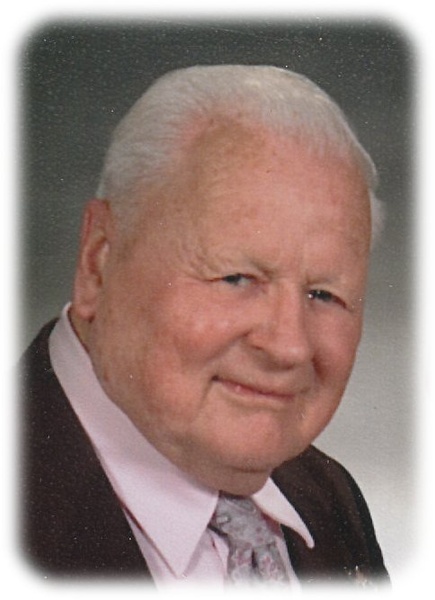 Funeral services for Melvin Henry Hobbiebrunken, age 87, of Albert Lea, will be held at 2:00 p.m. on Wednesday, November 8, 2017 at Grace Lutheran Church.  Rev. Shane Koepke will officiate. Interment will be at Hillcrest Cemetery.  Military Honors will be accorded by local servicemen’s organizations. Visitation will be 5:00-7:00 p.m. on Tuesday, November 7 at Bayview/Freeborn Funeral Home and one hour prior to the service at the church on Wednesday. Online condolences are welcome at www.bayviewfuneral.com.

Melvin Henry Hobbiebrunken was born September 17, 1930 in Mason City, Iowa, the son of Henry and Vera (Overbeck) Hobbiebrunken. He attended School District 72 for grade school and then Owatonna High School.  Melvin served in the U.S. Army from September 1948 through April 1952.  He was honorably discharged at the rank of Sergeant First Class. On December 30, 1951, Melvin married Arlene Ellen Madson at the parsonage in Hartland, Minnesota.  They lived in Freeborn County farming until 1980 when they moved to Texas.  They returned to Minnesota in 2005. Melvin was involved in his churches both in Minnesota and Texas.  Melvin was a member of Lions and Kiwanis when he returned to Minnesota.  He enjoyed early morning coffee with his buddies at McDonalds to catch up with town news or farming.

To order memorial trees or send flowers to the family in memory of Melvin Henry Hobbiebrunken, please visit our flower store.