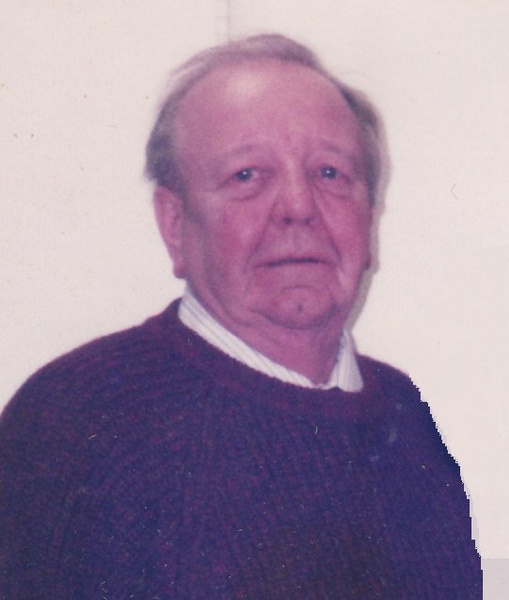 Funeral Services for Mervin E. Schuhmacher will be held on Thursday April 29, 2021 at 2pm at Bayview Freeborn Funeral Home. Rev. Don Malinsky will officiate. Interment will be at Pilgrims Rest Cemetery, Myrtle, MN following the service. Visitation will be held a half hour prior to the service. The service will be livestreamed via Bayview Freeborn Funeral Home’s Website. online condolences are welcome at www.bayviewfunberal.com

Mervin E. Schuhmacher, 87, of Albert Lea, MN, passed away Friday, April 23, 2021 at his home.  Merv was born May 31, 1934 on the family farm near Myrtle, MN to Lawrence and Adella (Stuart) Schuhmacher.  He joined the Marines for two years and returned to Albert Lea and started working at Wilson and Co.

Merv loved all sports, especially the Twins and Vikings.  He bowled on two teams and played league baseball for the Myrtle town team and Bethlehem Lutheran Church.  He was the catcher and they called him “Yogi”.  Merv also coached the 13, 14, and 15-year-old boys for the Eagles baseball team for 15 years and if you can remember Merv, winning was above all the most important thing.  Baseball was the love of his life.

Important to Merv were the family dogs Tiffany, Jasper, and Jackson (his best friends) and a family of cats.  When Merv wasn’t working on the farm, hunting and fishing were great pastimes he enjoyed.  He worked at Wilson/Farmstead for 42 years and was one of the Pork Pack Gang.  They worked hard, played hard, were the best of friends and would do anything for you.

On June 8, 1958, Merv and Bonnie Matson were married at Calvary Baptist Church in Albert Lea.  They celebrated 64 years together.  To this union two children were born.

Preceding Merv in death were his parents, daughter-in-law Lavonne Updike and brother LaVern.

A special thank you for all Bruce and Terri Schuhmacher did for Merv and Bonnie.  Bruce was the ring bearer at their wedding and has a special place in their hearts.

In lieu of flowers, memorials can be given to the Freeborn County Humane Society and First Lutheran Peace and Power of Albert Lea.

To order memorial trees or send flowers to the family in memory of Mervin E. Schuhmacher, please visit our flower store.