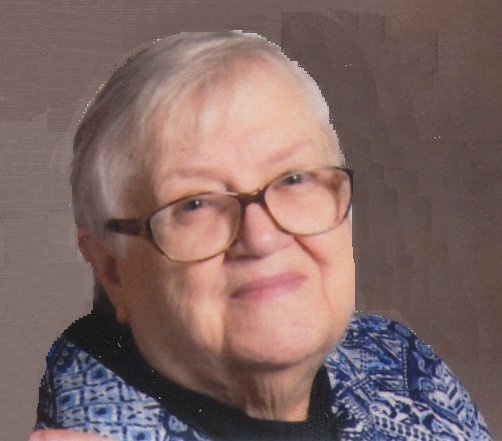 Services will be held at 2pm on Saturday, November 28, 2020 at Assembly of God Church in Albert Lea.  Rev. Ryan Quigley will officiate.

Myrna was born July 22, 1937 to Lewis and Erma (Straw) Dinsmoor in Austin, MN. She was the oldest of 4 children. She had 3 brothers. The family lived in Austin until she was 5. The family then built and worked a farm outside of Lyle, MN where Myrna lived and attended school. She was a graduate of Lyle Public School.  She then attended nursing school for 2 years but discovered she would rather marry! Myrna and Warren (Rocky) Ganrude were married May 4, 1957 until his death in 1984.

Myrna had many jobs through the years that included babysitting, caretaker of the mentally challenged, nursing home aide, home health care aide, selling Watkins, Avon, and Artex paints. She had many hobbies that included painting, chalk art, various crafts and she loved tatting! She enjoyed making crosses to give away. She also made Christmas ornaments, hearts and shamrocks. Her biggest tatting project was a full tablecloth given to her son Duane and his wife Terri. She was still crocheting until the end to exercise her arthritic fingers. Myrna also loved singing. She sang for many weddings and funerals and at the Church of Christ where the family attended when her children were growing up. Mryna was also a dedicated volunteer for many things including Prayerline for KJLY Radio, Ruby’s Pantry Prayer, Sunday school and SPIRE board.  She loved church, remembered birthdays, and prayed for all.

Myrna is preceded in death by her parents Lewis and Erma Dinsmoor, and brothers Dennis, Paul and Pete Dinsmoor who she took over the role of mother at age 13.

Myrna will be greatly missed by family, friends and her church family. To know her was to love her.

Condolences and notes of sympathy may be sent in care of the Ganrude Family to: Bayview Freeborn Funeral Home 1415 Hwy 13 N Albert Lea, MN 56007

To order memorial trees or send flowers to the family in memory of Myrna Petra Ganrude, please visit our flower store.