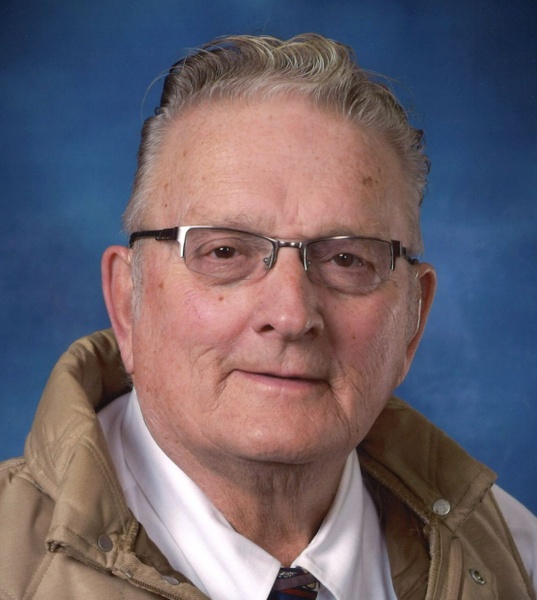 Norman “Norm” Larson passed away on January 18, 2022, at his home. Funeral services will be held on Monday, January 24, 2022, at 11 am at Redeemer Lutheran Church Alden, MN. Pastor Kristi Mitchell will preside. Burial will be at the Alden Cemetery. Visitation will be held Sunday, January 23, 2022, from 4 to 6 pm at Bayview Freeborn Funeral Home and 1 hour prior to the service on Monday at the church. Due to health concerns, the family requests that masks be worn at the visitation and funeral service.

Norman Clyde Larson was born on November 22, 1937, to Irvin and Margaret (Scott) Larson in Albert Lea. Norm grew up in the rural Alden area graduating from Alden High School. He served his country by enlisting in the United States Army. Norm married Elaine Hensche on January 13, 1956, and together welcomed their three children, Pam, Jeff, and Sheryl. Elaine passed away July 17, 2014.

Norm worked as a truck driver. In his career he logged over 6 million miles. Aside from trucking Norm also farmed his land for many years and worked for Larson Midtown Motors. Norm married Patricia Blanchard on June 1, 2019, and they enjoyed many wonderful times together.

Norm enjoyed truck pulling events as a competitor and spectator, collecting cars, driving in parades, and entering competition car shows. He liked having coffee with “the guys”, loved to read, and enjoyed many hours sitting on his porch swing. An absolute highlight of Norm’s was taking an Alaskan cruise on his 80th birthday.

To order memorial trees or send flowers to the family in memory of Norman Clyde Larson, please visit our flower store.