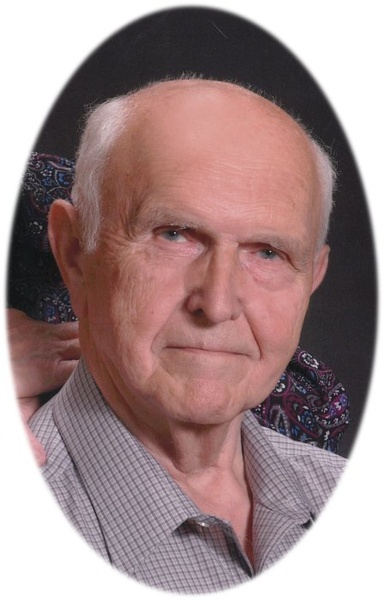 Funeral services for Norman Schmidt, age 82, of Albert Lea, will be held at 2:30 p.m. on Friday, December 29, 2017 at Bayview/Freeborn Funeral Home.  Rev. John Holt will officiate. Interment will be at Graceland Cemetery.  Visitation will be 5:00 – 7:00 p.m. on Thursday, December 28 at Bayview/Freeborn Funeral Home and one hour prior to the service at the funeral home on Friday.

Norman passed away on Monday, December 25, 2017 peacefully at home in Albert Lea, MN.

Norman Schmidt was born on February 2, 1935 in Albert Lea, the son of William and Minnie (Guenther) Schmidt.  He grew upon a farm near Conger, went to District 69 country school in rural Conger through 8th grade then attended and graduated from Albert Lea High School in 1952. Norman married Naomi Planting on April 17, 1965 in Fairmont, MN, they had one son Paul Schmidt.

After graduation Norman worked as a carpenter and several other jobs before joining the shipping department at Streaters in Albert Lea where he worked for nearly 40 years before retiring in 1998.  In retirement Norman delivered Meals on Wheels, mowed lawns and moved snow, which kept him busy. He also enjoyed watching westerns and classic Hee Haw on RFD TV.  Norman enjoyed traveling and seeing the many sights of the country, he particularly enjoyed historical sights and traveling with friends and family.  He especially enjoyed visiting the Black Hills in South Dakota. One of his favorite trips was taking his granddaughters and family to Disney World and on Disney Cruise.  Norman also enjoyed spending many summer days watching his granddaughters swim, going fishing, and visiting with friends and family at their lakeshore property on Horseshoe Lake near Backus, MN.

To order memorial trees or send flowers to the family in memory of Norman Schmidt, please visit our flower store.