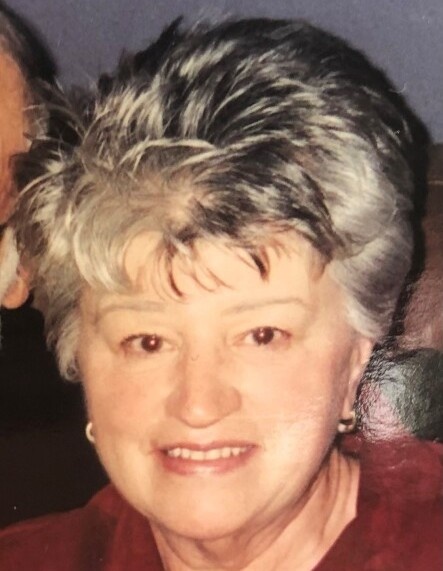 Patricia Ann Johndro (Schulte), 80, died peacefully in her sleep early Sunday morning,
December 13 at Thorne Crest Retirement Home in Albert Lea, MN. She had resided there with
her husband of 61 years, Darrel Johndro, until his passing just 7 months ago. Her family takes
great comfort knowing that they are together again.

Pat was born on July 23, 1940 in Albert Lea. She was known as “Patty” at that time, and still is
to some who knew her then. She met the love of her life, Darrel, while she was working as a
waitress at the Avalon Cafe. Darrel was in the Air Force and was on a short leave visiting his
sister, Ernestine Green. He saw her at the cafe and immediately told himself “I’m going to marry
that girl”. He did just that after 5 dates. They were married the following year in Massachusetts
on May 25, 1959. They welcomed their first child, Kim, on their first wedding anniversary,
followed by Michael in 1961, Jodi in 1964 and Tammy in 1966.

While in the Air Force, they lived together in Massachusetts and California During this time they
developed close friendships with other young Air Force couples, some of whom became lifelong
friends.

Pat and Darrel returned to Albert Lea in 1966 after he left the military. She worked in a variety
of places after returning home. She may be remembered behind the counter at Green Lea Golf
Course, or more recently at the Albert Lea Tribune. However, her true passion was her family.
More than anything, she loved being a mother and a “Nanny”. She spent many years caring full
time for the grandchildren who lived in Albert Lea. Many will remember seeing her with
grandkids in tow at the library story hour, United Preschool, YMCA, and at countless dance
recitals, band/choir concerts, and St. Theodore’s Catholic School. She was known to all of her
grandchildren, as well as their friends, simply as “Nanny”. She so loved all of her grandchildren,
and more recently, great-grandchildren.

Pat and Darrel were lifelong members of St. Theodore Catholic Church, where she loved
singing in the church choir and volunteering in the lunchroom at the school. She also had spent
time volunteering with the hospital auxiliary.

Due to the COVID-19 pandemic, and memorial service for both Pat and Darrel will be held at a
future date to be determined. Memorial contributions can be made to St. Theodore Catholic School.

To order memorial trees or send flowers to the family in memory of Patricia Ann Johndro, please visit our flower store.