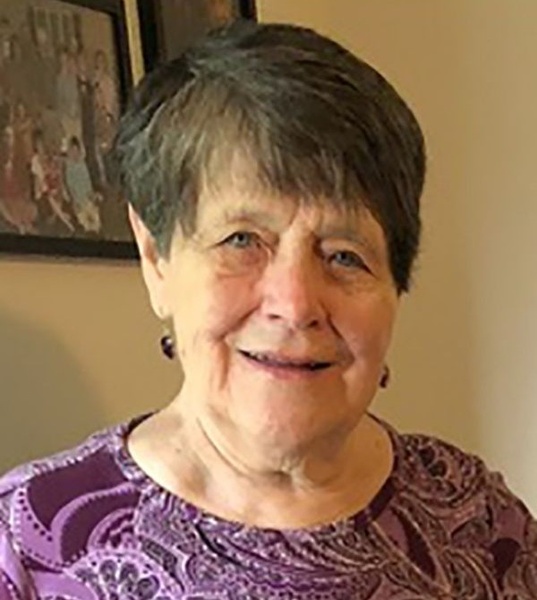 Pat was born on April 6, 1939 in Windom, Minnesota, the daughter of William Jr. and Mable (Oltsman) Perrance. She attended school in Windom, Minnesota and graduated from Windom High School in 1957. Pat met the love of her life, Ralph Thiner, roller skating. They dated for five years and were united in marriage on October 24, 1959, at St. Francis Xavier Catholic Church in Windom.

As a teenager, Pat worked at the Pine Inn Drive-in. Ralph often waited at the drive-in for the end of her shift to take her home. In 1957, she started with Bell Telephone as a switchboard operator until 1965 when Pat and Ralph moved to Elmore, Minnesota. They purchased the Elmore meat locker and worked side-by-side. In 1971, they moved to Mansfield and managed the locker plant for 3 years. In 1974, they purchased the locker plant and ran it together until 2006. During the 1980’s, they expanded their services to include retail and deli operations and for a short time, a federal meat processing plant in Lake Mills, Iowa.

Short order breakfast cook - maker of milkshakes - player of games - lover of grandchildren. Pat always put her family and their needs before her own, even going as far as sleeping on the couch so the grandsons could sleep with grandpa. Most holidays and family gatherings, Pat could be found in the kitchen preparing everyone’s favorite dishes. There was always a crowd in the kitchen with abundant laughter.

As a young girl, she enjoyed riding the train to St. Paul for the day to shop and visit family and she spent many weeks in the summer at her grandfather’s cabin at Long Lake. After she met Ralph, they would often go dancing. Pat volunteered as a 4-H leader teaching kids how to sew and crochet when her girls were young. Playing games brought out her competitive spirit; you never knew when she was going to slip the queen of spades into the pile or hold onto it to take every trick in Hearts. According to her grandkids, she hosted the best sleepovers. Later in life she enjoyed traveling all over the United States on bus trips and attending her kids, grandkids and great-grandkids activities with Ralph. She was a loving caretaker of Ralph throughout his battle with Parkinson’s Disease and a confidant for family and friends.

To order memorial trees or send flowers to the family in memory of Patricia "Pat" Ann Thiner, please visit our flower store.