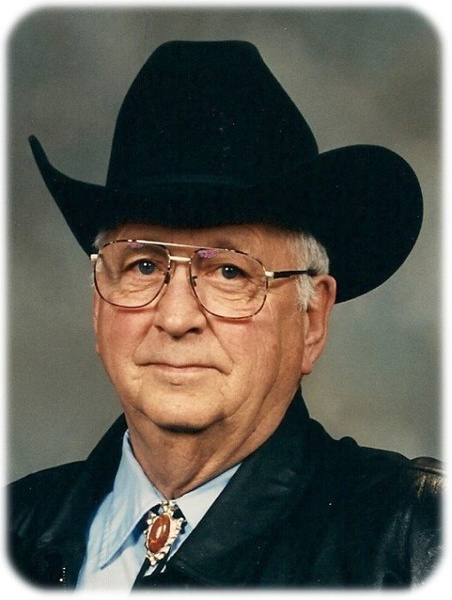 A funeral service for Phil Jenson, 90, of Albert Lea, will be held at 2 pm on Saturday, July 7, 2018 at Central Freeborn Lutheran Church.  Rev. Matt Griggs will officiate.  Interment will be at Hillcrest Cemetery.  Visitation will be Friday, July 6, from 5-7 pm at Bayview/Freeborn Funeral Home and one hour prior to the service at the church.  Online condolences are welcome at www.bayviewfuneral.com.

Philip (Phil) Berglund Jenson was born on August 19, 1927, to Herman D. and Gladys (Berglund) Jenson in Albert Lea. He was baptized at First Baptist, later confirmed at Trinity Lutheran, and graduated from ALHS in 1945.  On June 12, 1949 he was united in marriage to Loneita (Nita) M. Nelsen at Trinity Lutheran.

Phil was raised at Broadway Farm, where Phil and Nita continued to live for 50 years.  Beginning with a dairy of 60 Holsteins and a few horses; they later farmed 1000 acres, with a 100 cow-calf beef operation, over 60 Quarter Horses, and a saddle shop. He instructed youth in horse clinics and was involved in starting the MN 4-H horse project. Phil’s priority was “family first”, being a devoted husband and father.  He excelled in carpentry, farm mechanics, woodworking, and playing “500”.  Phil loved to sing with his beautiful tenor voice and enjoyed country/gospel music.  Downsizing farming, Phil worked at VASCO for over 10 years.  Later, they moved to an acreage where he restored antique tractors. In 2004, after Nita’s stroke, Phil became her caregiver and cook.

Phil was active in the MN Quarter Horse industry as an avid horse owner, breeder, showman, clinician and judge.  He was an AQHA judge for over 30 years throughout the US and Canada; AQHA national director; past president/director in the MN Quarter Horse Association & Sunset Saddle Club.  Phil had many champions at the MN State Fair and exhibited for 55 years at the Freeborn County Fair. Numerous honors include AQHA Breeder Awards, MN Quarter Horse Hall of Fame, and SEMSCA Horse Person of the Year. Phil and family hosted the annual AQHA Spring Show for 28 years (at one time it was the largest one-day show in the nation). Broadway Farm horses earned several state and national championships.

To order memorial trees or send flowers to the family in memory of Philip "Phil" Berglund Jenson, please visit our flower store.