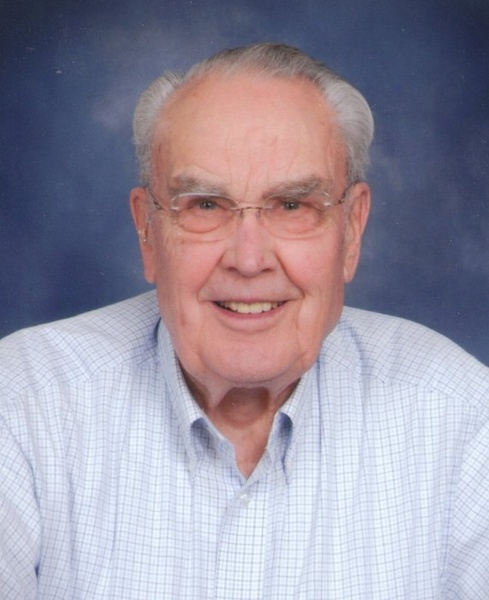 R. Bruce Buchanan was born May 11, 1923 on his family’s farm near Gordonsville, MN to Sidney and Mabel (Gullickson)Buchanan. On March 18, 1944, he was united in marriage to Dorothy Rhoades at the United Methodist Church in Glenville. The couple made their home on the family farm. Bruce passed away on Sunday, December 8, 2019 having lived to reach the age of 96.

Bruce was a member of United Methodist Church in Gordonsville where he volunteered for all church positions. When the Gordonville church closed, he joined the United Methodist Church in Albert Lea. Bruce & Dorothy were marriage enrichment leaders for 22 years, touching many lives.  He also volunteered at St. John’s Lutheran Home, sharing his many woodworking skills.  After retiring from farming, Bruce started his woodworking passion.  He made many projects over the years and enjoyed giving them as gifts to family & friends.  Many hours were spent working on puzzles and playing cards.

He is preceded in death by his wife, Dorothy; his parents; brother; Wilbur Buchanan; sisters Arcley Johnson and Arlene Olson

To order memorial trees or send flowers to the family in memory of R. Bruce Buchanan, please visit our flower store.