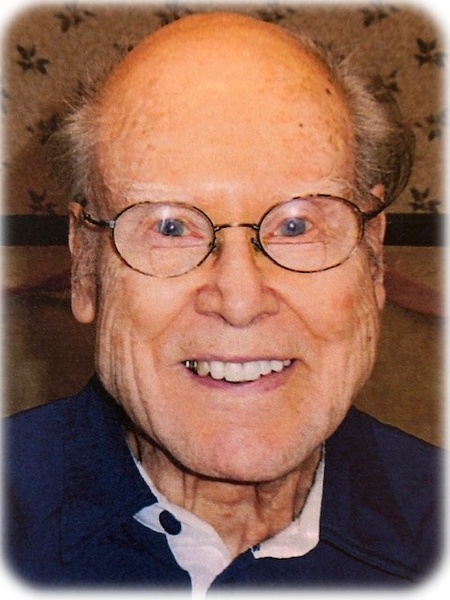 Ralph carried and delivered The Austin Daily Herald (60 papers/day) starting at age nine for nine years until he graduated from Austin High School in 1938. Always a very hard worker, he was fortunate to get a job after high school at what was then The George A. Hormel Co. – where he worked forty-four years, retiring in 1982. During his residence in Austin, he built five homes and personally completed the finishing work inside of each structure.

Ralph was a four- year veteran of WWII. He served in the U.S. Army Air Corps in the Southwest Pacific areas of: New Guinea, The Philippine Islands and Japan from where he was honorably discharged – returning home in January 1946.

Before Ralph went overseas, he married Helen Oftedahl of Albert Lea. They were married in Yuma, AZ on October 17, 1943 and were blessed with two sons and nearly seventy-five years of marriage at the time of Helen’s passing September 9, 2018.

Ralph was a member of First Baptist Church in Austin for many years. He served as Financial Secretary and was a member of the Advisory Board. He was an avid golfer for over 40 years playing at Ramsey Golf Course, Austin Country Club and Green Lea Golf Club in Albert Lea.

He was preceded in death by his parents, his wife, Helen; two brothers and their wives, Chet and Margaret, Robert and Betty; one nephew, Terry Hoeper and all his aunts, uncles and cousins.

Per Ralph’s wishes, there will be a private burial in Lakewood Cemetery in Albert Lea, Minnesota with Bayview Freeborn Funeral Home assisting the family with arrangements.  Memorials can be directed to Mower County Senior Advocacy at 400 3rd Ave. NE Austin, MN 55912.

To order memorial trees or send flowers to the family in memory of Ralph H Hoeper, please visit our flower store.