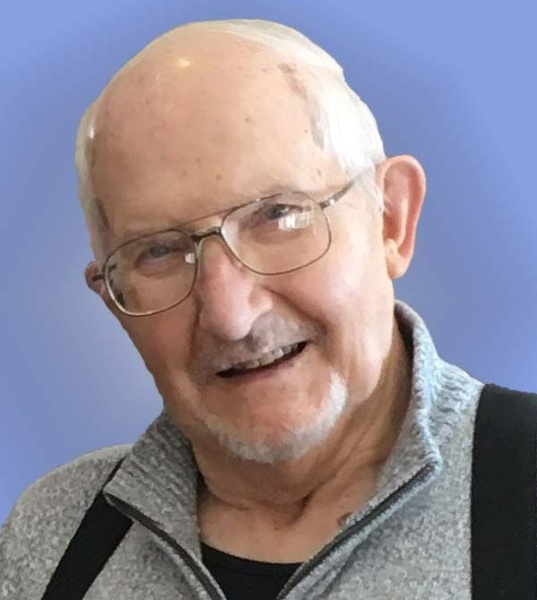 Ralph Duane Thiner, of Albert Lea, Minnesota, formerly of Mansfield, passed away on Wednesday, November 17, 2021, at the Good Samaritan Home in Albert Lea from complications of COVID-19 and Parkinson’s Disease.

Ralph was born on January 10, 1938, in Hershey Township in Nobles County, Minnesota, the son of Frank and Edith (Benner) Thiner. He attended school in Brewster, Minnesota and graduated from Brewster High School in 1956. Ralph met the love of his life, Patricia (Pat) Perrance, roller skating. He ‘accidently’ knocked her down at the Windom roller rink. He was the only boy Pat’s grandmother would let drive her home after working late at the drive-in. They were united in marriage on October 24, 1959, at St. Francis Xavier Catholic Church in Windom.

Ralph started his career as a butcher at Moon’s Locker in Windom in 1957. He advanced to foreman and worked there until 1965. At that time, he and Pat moved to Elmore to purchase the Elmore Locker. In 1971, they moved to Mansfield and managed the locker plant for 3 years. In 1974, they purchased the locker plant and ran it together until 2006. During the 1980’s, they expanded their services to include retail and deli operations and for a short time, a federal meat processing plant in Lake Mills, Iowa. Ralph loved to make a variety of sausages and smoked meats and won multiple awards for his products at the tri-state and national levels. Generations of farmers and hunters across the region loved his products and the man who made them.

Even though he had a passion for the meat business, his main love was his family. From the first grandchild to the last great-grandchild, he could be found snuggling the little ones in his chair. Grandkids were never too old to sit on his lap and they always knew they were loved no matter the situation. Incredible memories of fishing at the pond, picking up cans, listening to his stories and holiday celebrations will stay with his family forever.

Over the years, Ralph had many hobbies including dancing, bowling at the Kiester Lanes, serving as a 4-H leader and softball coach, coaching mens and womens softball teams for Mansfield Meats, reading Louis L'amour westerns, going to the casino, traveling the country with Pat, attending his kids and grandkids events, making up words in scrabble, getting you to cut the deck in cribbage, playing Sequence, and raising sheep and chickens.

To order memorial trees or send flowers to the family in memory of Ralph Duane Thiner, please visit our flower store.