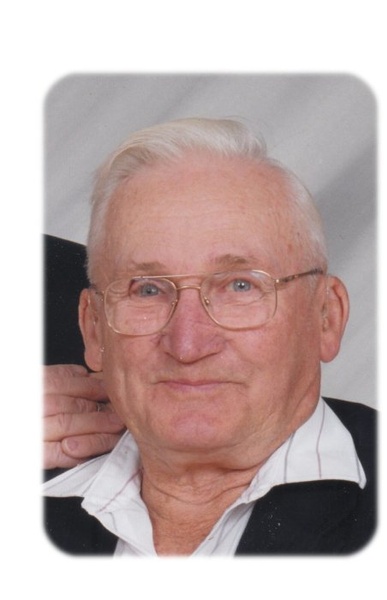 Funeral services for Raymond C. Hanson, age 94, of Albert Lea, will be held at 1:00 p.m. on Tuesday, June 19, 2018 at Bayview/Freeborn Funeral Home.  Chaplain Todd Walsh will officiate. Interment will be at Shady Oaks Cemetery. Military Honors will be accorded by local veteran organizations. Visitation will be from 5:00-7:00 p.m. Monday, June 18 at Bayview/Freeborn Funeral Home and one hour prior to the service at the funeral home on Tuesday. Online condolences are welcome at www.bayviewfuneral.com.

Raymond Carl Hanson was born on September 16, 1923 in Oakland, Minnesota, the son of Carl and Anna (Arett) Hanson.  He attended Austin High School.  Raymond farmed with his father and then entered the U.S. Army.  Upon his return, he worked for a canning company and then Wilson’s for 25 years.  On October 23, 1954, Raymond was united in marriage to Vivian Prusha in Owatonna.  Raymond enjoyed fishing, playing cards, watching westerns, and spending time at various casinos.  He was a member of the Eagle’s Club, Albert Lea Senior Center, and Grace Lutheran Church.

Raymond was preceded in death by his parents; wife, Vivian; brothers, Gordon Hanson and Byron Hanson; and granddaughter, Angel Hanson.

To order memorial trees or send flowers to the family in memory of Raymond Carl Hanson, please visit our flower store.