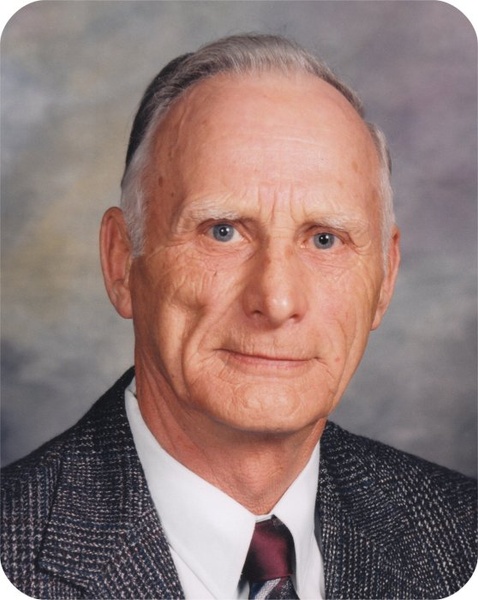 Memorial services for Raymond Allen Harringa, 87 of Albert Lea, Minnesota will be 1:30 p.m. Sunday, June 11, at Bayview/Freeborn Funeral Home in Albert Lea. Friends may greet the family one hour before the service. On-line condolences are welcome at www.bayviewfuneral.com.

Ray passed away Sunday, June 4, 2017, at Good Samaritan Society – Albert Lea after a short battle with lung cancer. He was 87.

Ray was honest, principled, and loyal. Usually reserved, but not on the dance floor. He was stern yet caring. He was disciplined in his work, and passionate about family, friends and hobbies. And those who knew him best experienced his dry humor, his independence, and his love.

Raymond Allen Harringa was born on the family farm northeast of Buffalo Center, Iowa, on Aug. 31, 1929, the third child of eight to Reiner and Edna (Ricks) Harringa.

As a child, he helped with chores, feeding hogs and chickens. He started grade school in 1935 in Lakota, Iowa. He attended school until the eighth grade, in 1943, but roughly a decade later went back and earned his high school GED.

Ray enlisted in the Air Force on Dec. 12, 1950, and was stationed in Hawaii as part of the Military Air Transport Service. He was honorably discharged on Dec. 11, 1954, as an Airman First Class.

While in the service, he met Susan Ella Donze. They married on April 4, 1955, in Angola, Indiana, and moved to Lansing, Michigan. At the time, Ray worked at Lansing Car Assembly, a General Motors factory, assembling Oldsmobiles.

Ray and Sue lived in Lansing for two years, where they had their first child, Robert, in 1956. They bought a farm near Thompson, Iowa, in 1957, where Ray launched his long career in the fields. That year, Ray and Sue had a daughter, Kathy, and in 1961, a son Joel.

The family moved to a farm north of Hanlontown, Iowa, in 1967. Ray’s main focus was farming and he devoted most of his time to his work. Recreation usually revolved around get-togethers with neighboring farmers. He enjoyed the classic TV comedy of Johnny Carson, Jackie Gleason, Dick Van Dyke, and Fawlty Towers. His hidden talents included playing the harmonica, and singing when he thought no one was listening.

After more than four decades, he retired from farming in the late 1990s, and soon moved to Albert Lea. There he became an avid golfer, teaching himself the game, and enjoyed playing regularly with family and friends.

While dancing about 20 years ago, Ray met Marlys Steele, who has been his special companion ever since. Besides dancing, the two enjoyed golfing, playing cards at the Albert Lea Senior Center, and spending winters in Mission, Texas.

Not normally competitive, his golf game set him apart. He taught the game to his children and grandchildren, and though he sometimes lamented he couldn’t hit the ball quite as far as he once had, his accuracy was remarkably consistent. Though never boastful, his satisfaction was evident when he sunk a long putt.

He enjoyed watching golf on television, as well as poker, and he had a flair for ping pong, billiards, and Sudoku. He provided constant mechanical advice to his daughter, even when it wasn’t solicited. But nothing piqued his interest more than catching up with his adult grandchildren when they visited, especially during holidays, and often during his last few months.

To order memorial trees or send flowers to the family in memory of Raymond Allen Harringa, please visit our flower store.