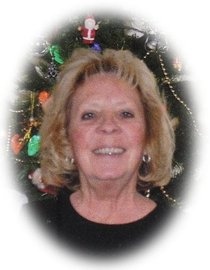 A gathering of family and friends for Rebecca D. Loken, age 64, of Northwood, will be held from 4:00-6:00 p.m. on Saturday, June 11, 2016 at Bayview/Freeborn Funeral Home.  Interment will be at North Round Prairie Cemetery at a later date.

Rebecca Loken was born May 22, 1952 in Albert Lea, the daughter of James and Pearl (Oberg) Amundson.  She grew up in Albert Lea and graduated from Albert Lea High School and Winona State University.  On August 28, 1999 she married Larry Loken in Northwood.  Rebecca owned Albert Lea Tailors for many years and then later became a substitute teacher.

Rebecca was a member of Grace Lutheran Church. She enjoyed sewing, going on trips to Mexico, walking her 2 dogs, gardening, going to rummage sales, getting pedicures with her granddaughter and daughter-in-law, hanging out with her friends and family, and having a good glass of wine.  She particularly enjoyed going on the 100 mile garage sales in Spring and every year traveling to Mexico with her husband until he passed and then going with her friend Cindy.

Rebecca was preceded in death by her parents, James and Pearl Admunson; husband, Larry Loken; aunt and uncle, Anna and Emil â€œSwedeâ€ Oberg; and her pets.

To order memorial trees or send flowers to the family in memory of Rebecca D. Loken, please visit our flower store.