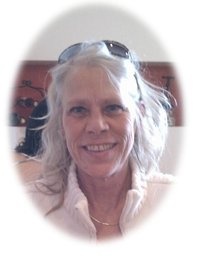 Funeral services for Rella A.  Loyd, age 61 of Walters, MN., will be held on Saturday, Nov. 26, 2016 at 2:00 p.m. at the Mansfield Lutheran Church.  Pastor Don Rose will officiate.  Burial will be at the Mansfield Cemetery.  Visitation will be Friday from 5 â€“ 7:00 p.m. at Bayview/Freeborn Funeral Home and one hour prior to the services at the church.  Online condolences are welcome at www.bayviewfuneral.com
Rella passed away Saturday, Nov. 19, 2016 surrounded by her family at Rochester Methodist Hospital.
Rella A Loyd was born on September 2, 1955 in Albert Lea the daughter of Edwin and Muriel (Haugen) Berry.  She attended and graduated from Emmons High School and continued her education at Riverland Community College receiving an AA Degree.  On Aug. 30, 1980 Rella was united in marriage to James (Doug) Loyd.  Rella worked as a travel agent in Kansas City which allowed her and Doug to take many different trips together.  The family then moved to California for a short time while Doug was in the service.  The family then moved to Germany where Doug was stationed.  In 1987 they returned to Emmons.  Rella worked for Fleetguard for 13 years and then several other businesses before becoming the Branch Manager at the American Bank in Alden.  She enjoyed reading, being a 4H leader, serving her church in anyway, spending time with her children and grandchildren.  She was a true Vikings fan and enjoyed spending time outdoors sitting on her deck.
She is survived by her husband, Doug Loyd, children; Jeremy (Nicole) Loyd, Brandon Loyd and Nicole (Justin) Hansen.  Grandchildren:  Malachi, Lydia, Harrison, Haley and Jordan.  Her mother, Muriel Berry, Siblings:  Carole (Gary) Edwin, Patricia Thompson and Dennis (Beth) Berry.  Many nieces, nephews and cousins.
Rella was preceded in death by her father and great niece Ashley Krell

To order memorial trees or send flowers to the family in memory of Rella Ann Loyd, please visit our flower store.