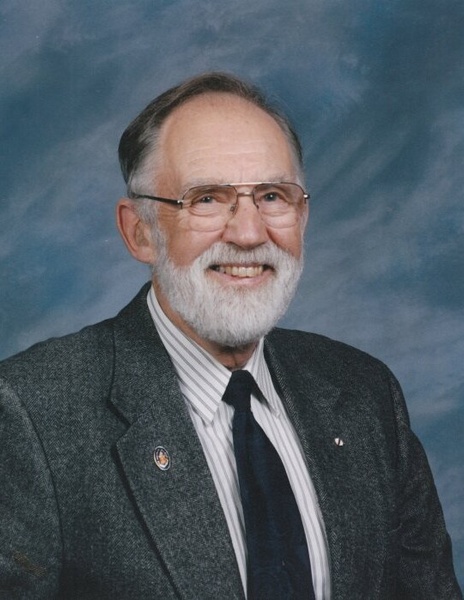 Memorial Service for Rev. Jake Loper will be held at 1:00pm on Monday (2/8) at Bayview Freeborn Funeral Home. Rev. Henry Doyle will officiate. Burial will be in Greenwood Cemetery in Glenville at a later date. Visitation will be held from 1-3PM on Sunday (2/7) at Bayview Freeborn Funeral Home and from 12:30-1:00pm on Monday. All Covid-19 guidelines and precautions will be followed. The memorial service will be livestreamed via www.bayviewfuneral.com. Online condolences are welcome at www.bayviewfuneral.com

He attended ALHS and graduated in 1950.  After high school he worked briefly for the railroad before enlisting in the Navy.  After six months he returned home due to the death of his father.  From there he worked many various jobs to help support his mother and five siblings.  He then started a steady job at Universal Cooperatives in Albert Lea.  Over the next 27 years he moved up to become the Foreman in the shipping department.  During this time, he began his studies to become a deacon in the Episcopal church.  He completed his deaconate and was ordained in December of 1981 at The Cathedral Church of Our Merciful Savior in Faribault.  When forced into early retirement in 1982, he worked for two years at the Gerard Academy in Austin as a counselor.  Realizing this was not the best fit, he took on several positions at Good Samaritan Nursing home in Albert Lea where he started working in maintenance, nursing assistant, activities director, and eventually a Chaplain.  There he would find his true calling and cared for hundreds of patients over his 29 years in the Hospice program.  His passion for assisting others grew continuously.  He served as a full time Deacon at Christ Episcopal Church in Albert Lea and assisted as a Deacon at Calvary Episcopal Church in Waseca.  He also was very active in the Shriners and Masons clubs of Albert Lea when he later became president for two years and received the Hiram Award.  Jake enjoyed ringing the bell every Christmas season despite the weather to help the Salvation Army.

Despite his busy work schedule, he had many interests and hobbies.  He was an avid hunter and fisherman throughout his life and loved the outdoors.   He rarely missed a fishing trip or hunting season with his hometown friends.  He volunteered with various organizations to build awareness for wildlife and the environment.  After becoming addicted to Muskie fishing, he took on the challenge to help start the first Muskie Chapter in southern Minnesota which is still thriving today.  Jake also participated in many plays for the Albert Lea Community Theater and Minnesota Festival Theater, was active with all church activities, enjoyed golfing, and traveling with his family.

In lieu of flowers, memorials can be made directly to Albert Lea Hospice, Shriner’s Children’s Hospitals, or the Salvation Army.

To order memorial trees or send flowers to the family in memory of Rev. Jerald "Jake" Dale Loper, please visit our flower store.