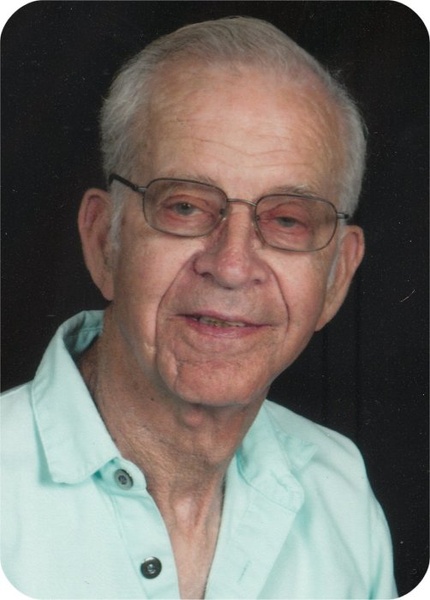 Funeral services for Rex E. Garr, age 85, of Albert Lea, will be held at 10:00 a.m. on Friday, July 14, 2017 at Bridge Community Church.  Rev. Clayton Balsley will officiate. Interment will be at Hillcrest Cemetery. Military Honors will be accorded by the V.F.W. and American Legion Honor Guard. Visitation will be 5:00-7:00 p.m. on Thursday, July 13, 2017 at Bayview/Freeborn Funeral Home and one hour prior to the service at the church on Friday. Online condolences are welcome at www.bayviewfuneral.com.

Rex Elbert Garr was born October 6, 1931 in Chapel, Missouri, the son of Jesse C. and Laura Belle (West) Garr.  Rex was a Sergeant in the Marine Corps and served in Korea, earning several medals for his time of service.  He was united in marriage to Elaine A. Skogheim in August 1955 in Sioux Falls, South Dakota and had three children together, Dawn, DeDe, and Rex “Buzz” Jr.  Rex started his heating and air conditioning career at his father-in-law’s (Andrew Skogheim) business, Andy’s Sheet Metal in Albert Lea.  He spent the rest of his working career at Kelley Plumbing and Heating but his passion was his time spent as a race car driver.  He raced for 24 years all over Minnesota, Iowa, and California.  The highlights were when he was awarded the Fan’s Favorite Race Car Driver Award and Best Dressed Pit Crew. He enjoyed following many sports in person and on tv, especially Indy racing.  He was also a loyal Denver Broncos fan.  Rex was a devoted Christian and spent 35 years volunteering as an Awana leader and many years as a Sunday school teacher at Calvary Baptist Church in Albert Lea.  He enjoyed spending as much time as possible at his second home in Arizona and became a member of East Mesa Baptist Church in Mesa while living there.  He had an extra special place in his heart for his grandchildren and great-grandchildren and loved being known as the cookie grampa.

To order memorial trees or send flowers to the family in memory of Rex Elbert Garr Sr., please visit our flower store.