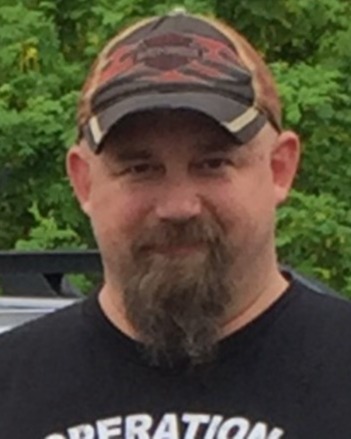 Robert was born on January 31, 1972, in Austin, MN to Gary and Nancy (Piearcy) Iverson. He attended Albert Lea high School and received his GED in 1990 and went back to school at NIACC in 2015 for tool and die where he proudly received his Associate in Applied Science Degree. He held different jobs throughout the years in the machining/fabrication field including his most recent place of employment, Crown Cork and Seal in Faribault. He loved working and enjoyed his co-workers, he always had fun stories to tell Trisha. He always wanted his work to be perfect and always wanted things to look good and be done right.

He proudly served in the Navy 1991-1993 aboard the USS Tripoli and had always been patriotic and loved his country. Riding motorcycles was his favorite thing to do. He always looked forward to going to Sturgis in August every year with friends. His favorite ride out there was going on Spearfish Canyon. Playing pool was another thing he really enjoyed doing. He played league on Tuesday nights and enjoyed being with his teammates and trying his best to score a perfect 50. Trisha had the honor of watching him this past Tuesday night and he was smiling and having a good time and scored a perfect 50!

Robert will be dearly missed by family, friends and all who loved him.

To order memorial trees or send flowers to the family in memory of Robert L. Iverson, please visit our flower store.