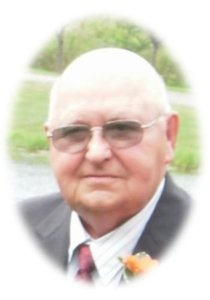 Funeral services for Robert L. Johnson, age 76 of Owatonna, MN., will be held on Monday, March 7, 2016 at 11:00 a.m. at the Hartland Evangelical Lutheran Church.  Pastor Shawn Stafford will officiate.  Burial will be at Hartland Cemetery.  Visitation will be Sunday from 3-5:00 p.m. at Bayview/Freeborn Funeral Home and one hour prior to the services at the Church.
Robert died on Thursday, March 3, 2016 at the Homestead Hospice in Owatonna.
Robert Lee Johnson was born on September 26, 1939 in Albert Lea the son of Woodrow and Veola (Jensen) Johnson. He was baptized at the Geneva Lutheran Church and confirmed at North Freeborn Lutheran Church.  Robert attended country school and Albert Lea High School.  On November 16, 1958 Robert was united in marriage to Carelyn Bartness at the Hartland Evangelical Lutheran Church.  The couple resided in Minnesota for 34 yrs. and then moved to Wisconsin for 9 yrs. moving back to Minnesota.   Robert was a farmer and truck driver for many years.  He was a board member and Elder at Zion Lutheran Church in Wisconsin where he also served on the cemetery board.
Robert is survived by his wife, Carelyn, children:  Ricky (Bonnie) Johnson, Ronnie (Mary) Johnson and Cindy (Willie Kelly) Lind.  Grandchildren:  Stacey Johnson, Terry (Danielle) Johnson, Tina (Brian) Fierke, Austin and Derek Krenke, Robert (Katherine) Schumann, Aaron Schumann, Amanda (Bryce) Fox and Hannah, David and Alana Kelly.  Great-grandchildren:  Lilly, Owen, Kaylee and Evy Lou.  Brothers:  Paul (Bonnie) Johnson, Roger (Sandy) Johnson and Donnie (Alta) Johnson.  Many nieces and nephews.
Robert was preceded in death by his parents, brother Lowell Johnson, nephews Lowell Jr. and Donnie Jr. and one great nephew.

To order memorial trees or send flowers to the family in memory of Robert L Johnson , please visit our flower store.