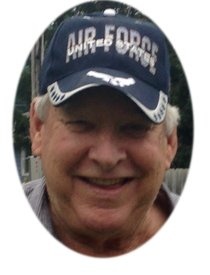 Memorial services for Robert A. Karau, age 75, of Albert Lea, will be held at 2:00 p.m. on Friday, July 15, 2016 at Grace Christian Church.  Rev. George Marin will officiate. Friends may greet the family one hour prior to the services at the church on Friday. Online condolences are welcome at www.bayviewfuneral.com.

Robert A. Karau was born August 27, 1940 in Rochester, Minnesota, the son of Glen and Anne Marie (Vessey) Karau.  He graduated from high school in New Mexico.  On May 19, 1962, Robert was united in marriage to Jean Mulholland.  Robert served in the U.S. Navy as a radioman; he was very proud of his military career. He was a member of Grace Christian Church.  He enjoyed playing and listening to music, cooking, and watching NASCAR and the Indy 500 and was a private pilot and loved flying as a hobby.  Robert loved having pet dogs and being around other dogs.

Robert was preceded in death by his parents, Glen and Marie Karau.

To order memorial trees or send flowers to the family in memory of Robert Arthur Karau, please visit our flower store.