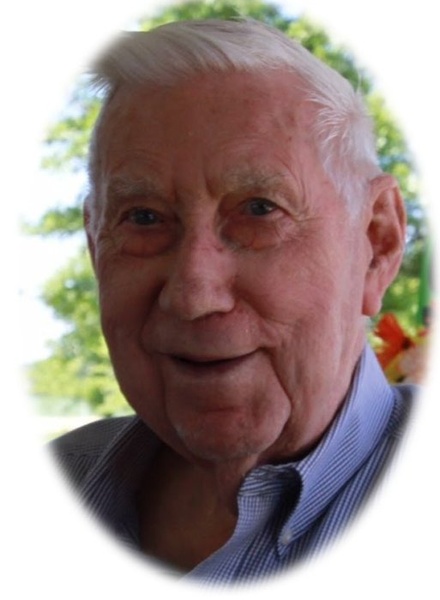 Funeral services for Robert E. Nielsen, age 90 of Albert Lea will be held on Thursday, Dec. 7, 2017 at 11:00 a.m. from Bayview/Freeborn Funeral Home.  Pastor Kent Otterman will officiate. Private burial will be at East Freeborn Cemetery. Military honors will accorded by the Freeborn County Servicemen’s Organization.  Visitation will be from 9:30 until 11:00 on Thursday.  Online condolences are welcome at www.bayviewfuneral.com

Robert Emmanuel Nielsen was born on June 19, 1927 in Fairmont, MN., the son of Holger and Katherine (Lorenzen) Nielsen. He had 5 brothers and 3 sisters and grew up in Albert Lea.  Bob was a WWII veteran serving in the U.S. Army in 1945 – 1946.  He was so happy to take an Honor Flight to Washington D.C. in 2011.  Bob was united in marriage to Donna Mae Miller on Dec. 5, 1948 in Titonka, IA.  They raised their three sons in Albert Lea. Bob rarely missed a MN Twins, Gophers, or Vikings game on TV or radio.  He even made it to the new Gopher Stadium recently for a football game with his sons.  Bob worked at Queen Stove in Albert Lea for 43 years. He enjoyed spending time with his family and Holiday gatherings were especially important to him.  He was so happy to have his Denmark cousins visit this past spring and summer to celebrate his 90th birthday.

Bob was preceded in death by his parents, mother and father-in-law, 5 brothers and 2 sisters.

To order memorial trees or send flowers to the family in memory of Robert E. Nielsen, please visit our flower store.